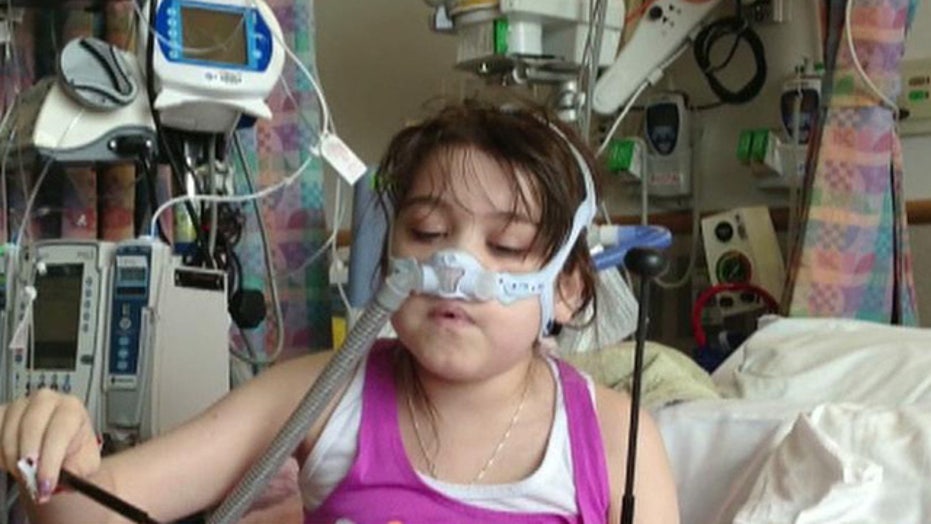 A 10-year-old Pennsylvania girl who battled for an organ donation successfully underwent a double lung transplant Wednesday and her family said doctors were "pleased" at her progress and prognosis.

The Murnaghan family said it was "thrilled" to share the news that Sarah was out of surgery.

"Her doctors are very pleased with both her progress during the procedure and her prognosis for recovery," the family said in a statement.

During double-lung transplants, surgeons must open up the patient's chest. Complications can include rejection of the new lungs and infection.

Sarah went into surgery around 11 a.m. Wednesday, and the procedure lasted about six hours, her family said. She is expected to spend approximately two weeks recovering in hospital.

"The surgeons had no challenges resizing and transplanting the donor lungs -- the surgery went smoothly, and Sarah did extremely well," it said.

Sarah's family and the family of another cystic fibrosis patient at the same hospital challenged transplant policy that made children under 12 wait for pediatric lungs to become available or be offered lungs donated by adults only after adolescents and adults on the waiting list had been considered. They said pediatric lungs are rarely donated.

Sarah's health was deteriorating when a judge intervened in her case last week, giving her a chance at the much larger list of organs from adult donors. U.S. District Judge Michael Baylson ruled June 5 that Sarah and 11-year-old Javier Acosta, of New York City, should be eligible for adult lungs.

Critics warned there could be a downside to having judges intervene in the organ transplant system's established procedures. Lung transplants are difficult procedures, and some experts say child patients tend to have more trouble with them than adults do.

No other details about the donor lungs are known, including whether they came through the regular donor system or through public appeals.

Sarah's relatives, who are from Newtown Square, just west of Philadelphia, were "elated this day has come." However, they also expressed their gratitude to the family of the lung donor.

"We also know our good news is another family's tragedy. That family made the decision to give Sarah the gift of life -- and they are the true heroes today."

Sarah's mother, Janet Murnaghan, said in a Facebook post that the family was "overwhelmed with emotions" and thanked all her supporters. She said the donor's family "has experienced a tremendous loss, may God grant them a peace that surpasses understanding."

The national organization that manages organ transplants, the Organ Procurement and Transplantation Network, added Sarah to the adult waiting list after the judge's ruling. Her transplant came two days before a hearing was scheduled on the family's request for a broader injunction.

The network has said 31 children under age 11 are on the waiting list for a lung transplant. Its executive committee held an emergency meeting this week but resisted making emergency rule changes for children under 12 who are waiting on lungs, instead creating a special appeal and review system to hear such cases.

Sarah's family "did have a legitimate complaint" about the rule that limited her access to adult lungs, said medical ethicist Arthur Caplan, of the NYU Langone Medical Center in New York.

"When the transplant community met, they didn't want to change that rule without really thinking carefully about it," he said. The appeals process that was established this week, he said, was "built on evidence, not on influence."

He added: "In general, the road to a transplant is still to let the system decide who will do best with scarce, lifesaving organs. And it's important that people understand that money, visibility, being photogenic ... are factors that have to be kept to a minimum if we're going to get the best use out of the scarce supply of donated cadaver organs."