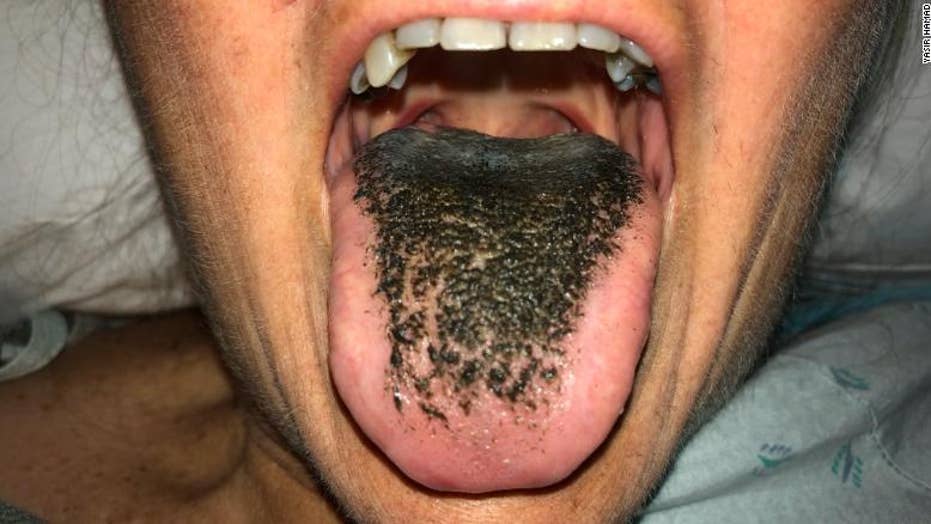 After receiving the antibiotic minocycline for injuries sustained in a car accident, a 55-year-old woman developed a black hairy tongue.

A 55-year-old patient complaining of nausea and a bad taste in her mouth was actually suffering from a rare condition known as “black hairy tongue.”

A case report published in the New England Journal of Medicine said the patient, who was not identified by name, saw her tongue turn black after being prescribed medication for a bacterial infection.

The patient had been admitted to the hospital after a severe motorcycle injury that injured both her legs. According to the report, the patient had developed a bacterial infection and was treated with intravenous meropenem and oral minocycline. She reported her nausea and other symptoms about one week after starting the minocycline.

“Black hairy tongue, resulting from treatment with minocycline, was suspected,” the case report authors wrote. “Black hairy tongue is a benign condition characterized by hypertrophy and elongation of filiform papillae on the surface of the tongue, with brownish-black discoloration.”

The authors noted that it can be caused by poor oral hygiene, use of tobacco or irritating mouthwashes and antibiotic agents. The condition is reversible, and in this case the patient recovered within four weeks of stopping the minocycline. Doctors advised her to continue practicing good oral hygiene.