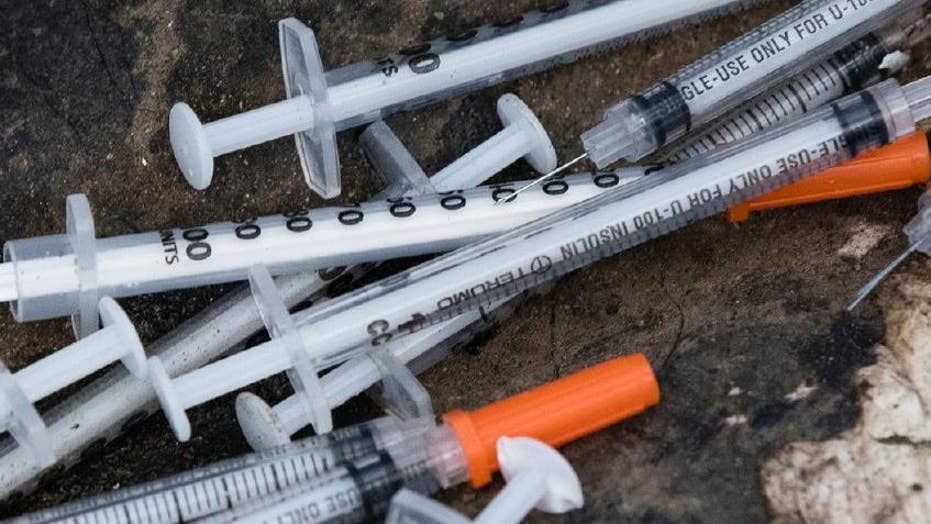 In a surprise reversal, the maker of the powerful painkiller OxyContin said Saturday that it will stop promoting opioid drugs to doctors.

Manufacturer Purdue bowed to a key demand of lawsuits that blame the Connecticut-based company for helping trigger the opioid epidemic.

The company's statement said it eliminated more than half its sales staff this week and will no longer send sales representatives to doctors' offices to discuss opioid drugs.

Its remaining sales staff of about 200 will focus on other medications.

"The genie is already out of the bottle," said Dr. Andrew Kolodny, director of opioid policy research at Brandeis University and an advocate for stronger regulation of opioid drug companies. "Millions of Americans are now opioid-addicted because the campaign that Purdue and other opioid manufacturers used to increase prescribing worked well. "

The maker of the powerful painkiller OxyContin said Saturday that it will stop promoting opioid drugs to doctors. (AP)

He said Purdue's decision is helpful, but it won't make a major difference unless other opioid drug companies do the same.

"We would have more success in encouraging cautious prescribing if drug companies stopped promoting aggressive prescribing," he told the Los Angeles Times.

U.S. deaths linked to opioids have quadrupled since 2000 to roughly 42,000 in 2016, or about 115 lives lost per day. More than 7 million Americans are estimated to have abused OxyContin since its 1996 debut, the Times reported.

Rick Leventhal has the story.

The report said states where OxyContin abuse rates were the highest "experienced the largest increases in heroin deaths," a research from Penn’s Wharton School and Rand said.

OxyContin has long been the world's top-selling opioid painkiller, bringing in billions in sales for the privately-held company.

Eventually, Purdue acknowledged that its promotions exaggerated the drug's safety and minimized the risks of addiction.

"They are still doing this abroad," Kolodny said of their international arm Mundipharma. "They are following the same playbook that they used in the United States."

Purdue and other opioid drugmakers and pharmaceutical distributors continue defending themselves against hundreds of local and state lawsuits seeking to hold the industry accountable for the drug overdose epidemic.