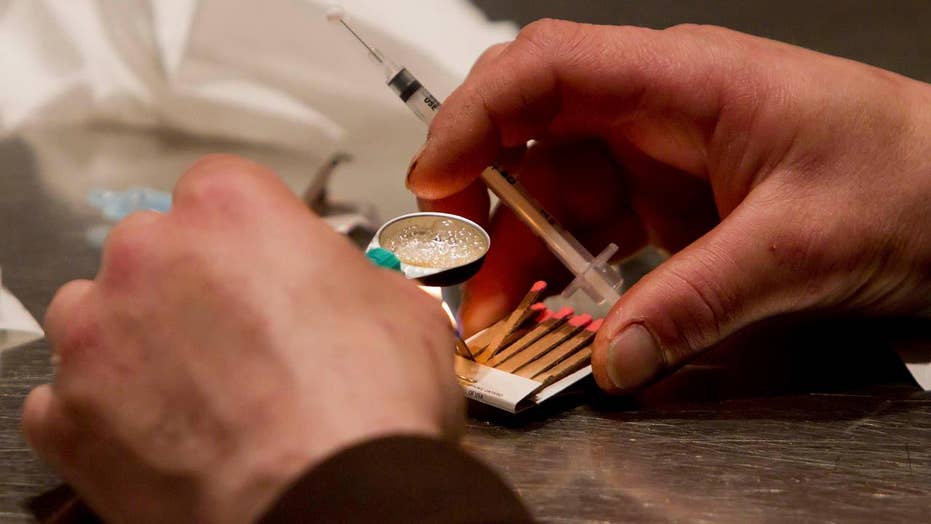 MacKay says the program focuses on emergency rooms because they are often the first contact patients have with opioid pain killers.

One of the emergency room physicians instrumental in getting the program off the ground is Swedish Medical Center's Dr. Donald Stader, who says he had something of a personal awakening after saving the life of an overdose victim.

"I actually asked her, 'How did you get started on heroin, the street drug?' And what she said is, 'I got my first prescription for an opioid from an emergency physician for an ankle sprain,'” Stader said. “And why that impacted me so greatly is that earlier that day I had seen someone with a bad ankle sprain and I had sent him home with a narcotic, Vicadin."

TRUMP DRAWS ATTENTION TO OPIOID CRISIS, SAYS 'NOBODY IS SAFE FROM THIS EPIDEMIC'

A large part of this program focuses on reducing the number of opioid prescriptions coming out of ER's, as well as the number of pills in each prescription. Meeting that goal requires providing medical care personnel with training that Stader says they have never received before.

Entrance to hospital emergency department at St Vincent's Hospital in Melbourne, Australia. The sign is red with the word EMERGENCY prominently displayed. It can be used to illustrate various healthcare, medical and emergency concepts, from afflictions such as stroke or heart attack, diseases such as HIV or cancer, and accidents such as road trauma or sporting injury. (Getty Images/iStockphoto)

"Because for the last 30 years physicians have been hearing that to control pain you have to use opioids," Stader said. "And that's been backed up by a medical system that rewards doctors for using (them)."

Pharmacist Rachel Duncan said it’s great that the industry is acknowledging its mistakes.

"I think it's health care really stepping up,” Duncan said, “and acknowledging that we created the issue."

Another major player in developing the pilot program, Duncan said that unlike most opioid reduction guidelines, which simply encourage writing fewer prescriptions, this program offers providers alternative medications that for most types of pain reduction work just as well.

Duncan says the program's multipronged approach goes much further than others.

"It looks at risk assessment, it looks at harm reduction. How can we help those that are already addicted?” she said. “Because it's not a moral failing, right? It's a medical condition that they have."

Tablets of the opioid-based Hydrocodone at a pharmacy in Portsmouth, Ohio, June 21, 2017. REUTERS/Bryan Woolston - RTS18A6Z (REUTERS)

No government funding is being used for the research.

"This is being done by us, for us and for our patients," Stader said, explaining another reason the program differs from the Food and Drug Administration and other opioid reduction guidelines.

"So I think it has greater staying power than something that's possibly legislated from above, that might not have the total buying-in of the physicians and the patients for whom their caring."

Results of the research effort will be compiled early next year for publishing in medical journals. But Stader and others involved are already having conversations about what they are learning with medical professionals around the country.