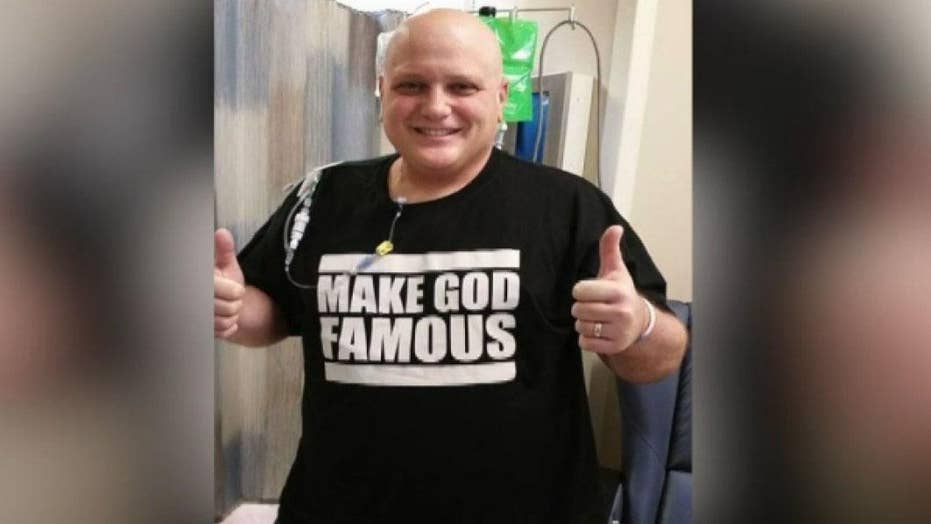 Youngstown father of four is sharing his story to spread awareness of breast cancer in men.

Breast cancer is most often associated with women, and for good reason: At least 1 in 8 U.S. women will be diagnosed with it during her lifetime. But an Ohio father who was diagnosed with the disease is warning other men that, although rare, it can happen to them, too.

Daniel DiNardo, 49, of Youngstown, was candid when recently detailing his ongoing battle with breast cancer. DiNardo, an engineer, was first diagnosed with the disease in 2015 after noticing a lump on the right side of his chest. A biopsy later revealed it was Stage 3 breast cancer.

DiNardo, who told Fox 8 he has no family history of the disease, later underwent a mastectomy, radiation and chemotherapy. He reached remission — but the cancer returned a few months later and spread to other areas of his body.

"It metastasized into my femoral ball in my left hip; there's a spot on my spine [and] a couple [of] spots in my lymph nodes in my chest,” DiNardo told the news station.

DiNardo, who was given a 6-month prognosis following his initial diagnosis, continues to battle cancer. He credits his family and God with helping him through the hard times.

Daniel DiNardo was first diagnosed with breast cancer in 2015. (Fox 8)

Breast cancer in men is rare, accounting for less than 1 percent of all breast cancer cases. The American Cancer Society estimates 2,670 men will be diagnosed with the disease this year.

Symptoms of breast cancer in both men and women are similar. A painless lump, and changes in the skin covering the breast, such as dimpling, redness or scaling, are often signs. Redness is as well, as is an inward-turned nipple.

“We want to teach our children, you can either wake up and cry and woe-is-me or you can get up and fight,” she said.