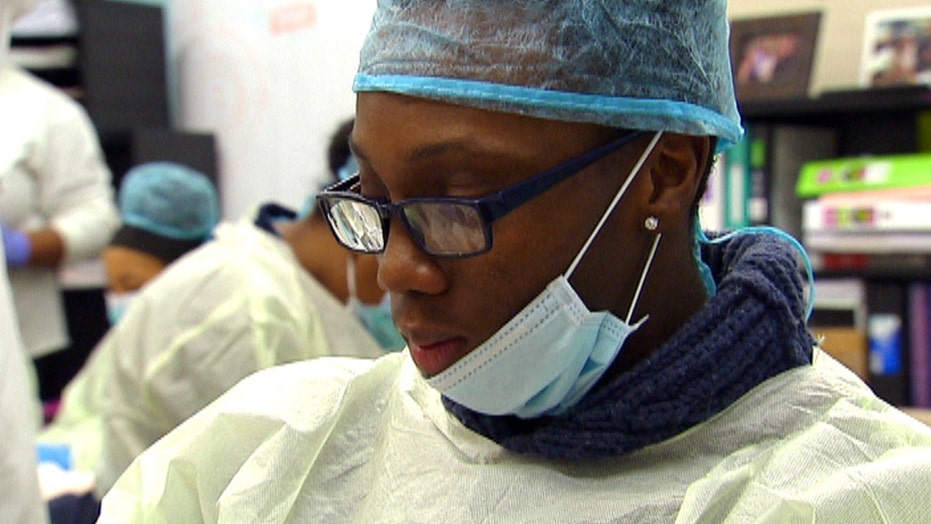 Quendel Williams dreams of becoming a osteopathic physician. He has a passion for the sciences, a clear direction and the grades to boot.

But for the 17-year-old high school senior at KAPPA International High School in the Bronx, the road to medical school was not very well marked – especially without a mentor to help him navigate the pitfalls along the way.

“You don’t really see people of my color become doctors,” the teen told Fox News, adding, “so, it was pretty hard because at first I felt like it’s impossible because, you know, I felt like I didn’t belong in the field.”

That’s where Dr. Lynne Holden comes in, a practicing physician who has 20 years of experience in the field. Her story has many parallels to Williams, which led her to create Mentoring in Medicine in 2007, a 501c3 non-profit that helps at-risk youth break into careers in medicine.

Dr. Lynne Holden is a practicing physician and co-founder of Mentoring in Medicine (Fox News)

“I always wanted to be a physician since I was 6 years old and it was not an easy path because I didn't have any physicians in my family. So, it was very difficult to find opportunities,” she told Fox News.

Luckily for Holden, there were inspirational figures in her life who served as mentors – the most well-known of which is considered the “mother of medicine in Harlem,” Dr. Muriel Petioni.

Holden said she decided that she could not let uncertainly and doubt plague the decision-making of future minority and underprivileged children. She knew the important role that mentorship played in her life and she vowed to give that same opportunity to future generations.

“[It helps] inspire and cultivate students who have a dream or wish to become a health or science professionals,” Holden said.

Mentoring in Medicine, which get support from hospitals like Montefiore Health System, offers science-based educational programs and assistance to children from third grade through medical school. These programs, which are developed with the help of the National Library of Medicine and the National Institute of Health, are offered at schools as elective courses, to communities and even online as virtual programs.

The benefits of Mentoring in Medicine go beyond offering a rewarding and lucrative career, it can also improve the health care of the community.

One student who believes he is benefiting from this program is Quendel Williams. He is currently taking an in-class elective called “Anatomy, Physiology, Pathology and Bio-Medical Careers.” The class gives hands-on experience to get students interested in the field, which Holden said is a crucial part of the program.

“I was exposed to things like suturing and dissections and I loved it,” Williams said. He said experiences like this are beneficial because they give a deeper understanding of the material than if he just read it in a textbook.

Another intention of the class is to give students a possible window into their future. A crucial part of the program are college students called Mentoring in Medicine Teaching Fellows. These fellows help assist in the class and serve as a bit of inspiration for the students.

“It’s important for students to see people that look like them, to be able to know that this career is possible for them,” Holden said.

That message isn’t lost on Williams who said, “I see like a lot of people in Mentoring in Medicine who also bare the same hue as I and I realize it's definitely possible.”

For more information about the program visit, medicalmentor.org.