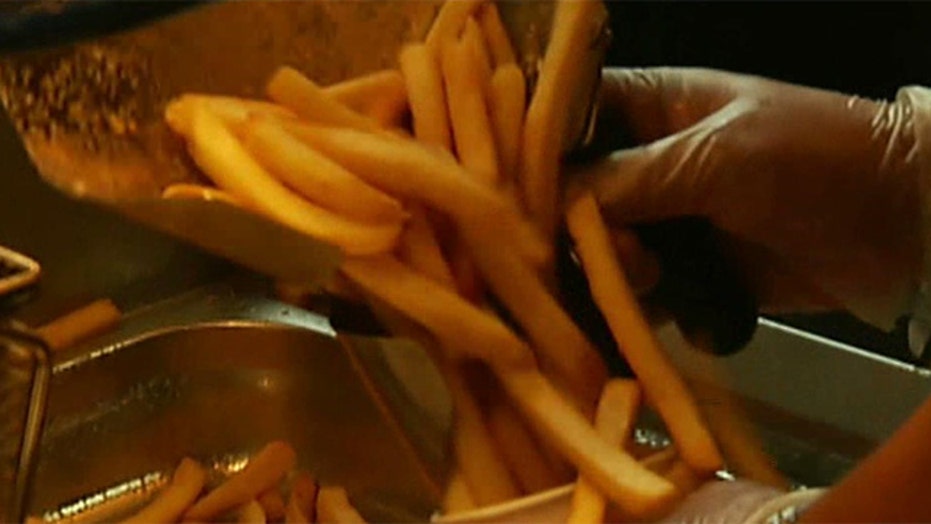 New weapon in fight against obesity

With the start of the New Year, many Americans will resolve, once again, to trim inches from their waistlines.

If you are one of those people, you may get some help this year from the U.S. Food and Drug Administration (FDA).  How? By banning trans fats and requiring the U.S. food industry to slowly phase them out of use entirely as of early January.

Trans fat is a type of unsaturated fat, which is uncommon in nature but can be easily created artificially.  Trans fat is made by adding hydrogen to vegetable oil through a process called hydrogenation. By this process, liquid oil can be transformed into a solid fat.  This process makes the oil less likely to spoil giving manufactured foods longer shelf lives.  Not only does trans fat help foods stay fresh longer, but also gives them a less greasy feel.

So why the impetus to phase out trans fats?  Simply, they are a threat to our health. Trans fat is widely considered the worst kind for your heart, even worse than saturated fat.  Research shows there are absolutely no health benefits to trans fats, unlike other types of fats. This man-made fat, raises your "bad" (LDL) cholesterol and lowers your "good" (HDL) cholesterol.

It is estimated that getting rid of trans fats could prevent 20,000 heart attacks per year and 7,000 deaths per year.  Heart disease is the leading cause of death in the country, phasing out trans fats could prove to be a real life saver for many in the US.

This ban will mean trans fat will no longer be in the “generally recognized as safe” category.  This category includes additives manufacturers can add to foods without FDA review.  Manufacturers will now have to petition to FDA to allow use of trans fat in specific products if they want to keep to their original recipes.

The phase out has slowly been happening for years in supermarkets and restaurants.  Within the last 10 years, the amount of trans fat has declined significantly in country’s diet.  A prime example of this is McDonald’s.  The fast food giant eliminated trans fat from its fried foods over a decade ago.

In 2006, the FDA started requiring health labels on food.  This further helped the decline of trans fat use.  Still, trans fats remain a major national health concern.  They have already been banned in New York City and by other local governments but can still be found in processed foods.  Some examples are microwave popcorns, frozen pizzas, refrigerated dough and ready-to-use frostings.  Furthermore, many restaurants are still using the partially hydrogenated oil for frying.

There is no precise timeline for phase out as of yet, but it is estimated to take at least six months.  The reason being that is each food may take a different amount of time, depending on trans-fat substitutes.

Although they want to phase out trans fat use, the FDA does not want to affect markets.  This makes their task even more difficult as some of our favorite foods may never taste the same again after their revamp. One thing is for sure, the ban will mean a healthier new year for Americans – whether we like it or not.