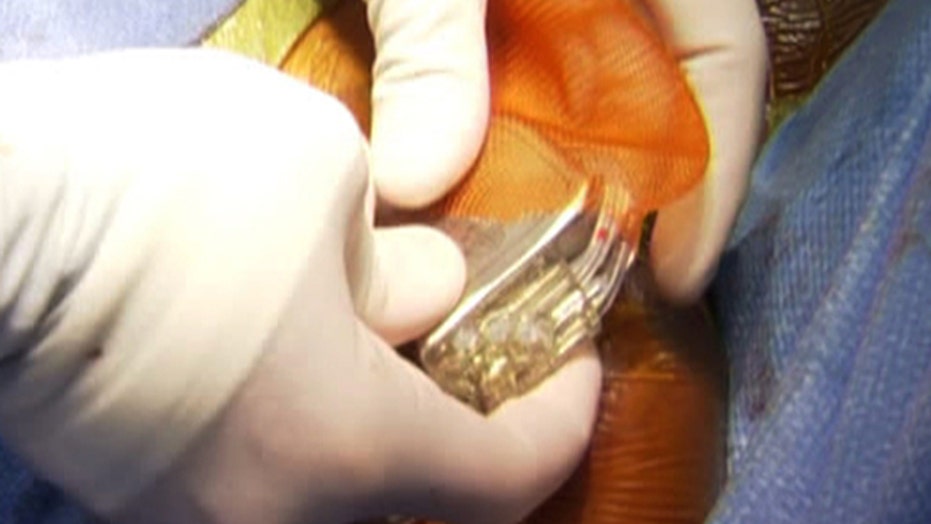 When 57-year-old Michael Prince underwent a simple pacemaker procedure in January 2011, he never could have imagined how the next year of his life would play out.

Prince was diagnosed with congestive heart failure after several bouts with pneumonia and a chronic cough landed him in the hospital. Based on his condition, doctors at Englewood Hospital and Medical Center in New Jersey decided he was a candidate to undergo a procedure to have a combination pacemaker and defibrillator device implanted in his chest.

“He had features that suggested that a special kind of pacemaker would likely be able to reverse some of his heart muscle weakness, improve his breathing and prevent future episodes of congestive heart failure,” said Dr. Dmitry Nemirovsky, a cardiac electrophysiologist at Englewood Hospital and Medical Center who operated on Prince.

Three months after surgery, Prince, a father of seven, was suffering from uncontrollable twitching and severe hives.

“The hives were so, so crazy,” Prince told FoxNews.com. “It was like I was itching the – I mean – it swelled up so big, it was bigger than – bigger than almost the pacemaker.”

Prince returned to Englewood Hospital and Medical Center in New Jersey and underwent a second procedure to adjust the leads on his pacemaker that doctors suspected were causing his severe reaction. But just six months later, his symptoms were back and this time, he also noticed the surgical site seemed to be leaking fluid.

“It started turning colors and started breaking out more and more and it was just, just – I couldn't handle it,” said Prince. “…My chest was starting to open up a little bit more with this, this pacemaker – actually literally getting wider and wider.”

Prince had developed an infection that required another procedure to remove the device, which left him with a gaping hole in his chest. Unable to close the wound, doctors attached a “vacuum” to his chest to control the infection.

Complications after pacemaker surgery are relatively rare, occurring in only 1 to 5 percent of patients. Underlying medical conditions and a history of blood infections can increase that risk.

“Any time that you breach the skin, surgically, you're breaching our most powerful antibacterial layer,” said Nemirovsky. “And there's always the possibility of introducing bacteria during that procedure that could result in infection later on.”

Prince was treated with antiobiotics in the hospital for several weeks before Nemirovsky performed a procedure to replace his pacemaker using new technology developed by researchers at nearby Rutgers University, called the AIGISRx Antibacterial Envelope.

“We now have available to us, the AIGIS Envelope, which is literally a pouch into which you can insert a device and place both the pouch and device under the skin during the implant,” Nemirovsky said.

Once the AIGISRx Antibacterial Envelope has been implanted, it emits an antibiotic and has been proven to decrease the risk of infection as much as three to fourfold.

Nemirovsky implanted the envelope containing the biventricular defibrillator (pacemaker) into the other side of Prince’s chest.

“Michael did very well once he was re-implanted on the opposite side,” said Nemirovsky. “He felt well, as he did after the initial implant, because of the resynchronization therapy of the pacemaker. He did not have any further issues related to the incision.”

The U.S. Food and Drug Administration (FDA) recently approved a dissolvable version of the AIGISRx Antibacterial Envelope that Nemirovsky said could make it even more appealing to physicians and patients alike.

Almost two years after surgery, Prince said he feels strong and hasn’t had any further complications.

For more information, check out the company’s website at TYRX.com.