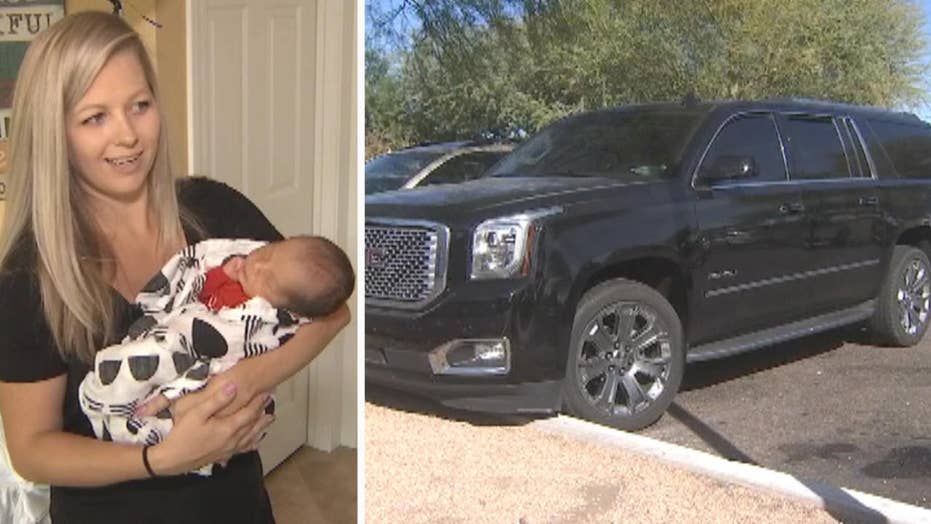 Woman delivers baby while driving herself to hospital

Arizona mother Shannon Geise was en route to the hospital to deliver her fifth child when contractions forced her to pull over to the side of the road.

An Arizona mother had piled her 17-month-old daughter into the back seat on Wednesday, and was en route to the hospital to deliver her fifth child when contractions forced her to pull over to the side of the road.

“I had to pull over because I had a contraction that would not stop,” Shannon Geise told Fox 10 Phoenix.

Geise said her water broke around midnight, but she figured she had a few hours to spare so she took a shower and packed her hospital bag. But about five minutes from the hospital, and with her daughter watching television in the backseat, Geise was forced to pull over.

CONJOINED TWINS GET CUSTOM JUMPER TO HELP THEM WALK, STAND

Geise gave birth to baby Sebastian in her front seat, and after hearing him cry, dialed 911.

“They’re like ‘Do you need an ambulance? Are you going to keep going?’” Geise told the news outlet. “Honestly, it would be quicker for me to just go.”

Geise drove herself, her daughter and newborn Sebastian to the hospital, where staff measured the infant to be 6 lbs., 7 ounces.

Geise said the family’s Denali is being detailed ahead of their release from the hospital.