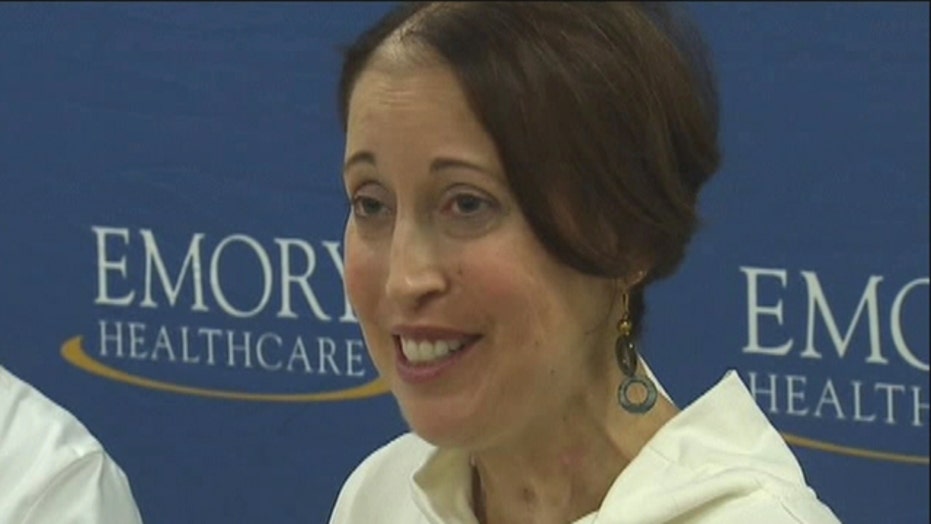 A medical miracle is being hailed at Emory University Hospital where doctors performed the first triple organ transplant in Georgia, MyFoxAtlanta reported.

Stephanie Lindstrom, a mother of two, just celebrated her 38th birthday on Sunday. Five months ago, she received a triple organ transplant at Emory University Hospital, the first procedure of its kind in the state of Georgia. Doctors say since 2009, there have been only six reported in the United States.

A celebration was held in Lindstrom's honor on Monday.  All the nurses and staff members who were there for her journey were among those in attendance.

"You are a medical miracle and we are so proud of you and proud to participate in your care. When I think back six months or so and remember you in the ICU, you were amazingly ill. In fact, you were so ill, we had debates on whether to go ahead. And we bet on you because of your tremendous determination," said Dr. Stuart Knechtle of Emory University Hospital.

Lindstrom has had a lifetime of congenital heart problems, but things got worse this summer when she was told she not only needed a new heart, but a new kidney and liver. Stephanie had been born without a tricuspid valve, which helps move blood through the heart in the right direction. Despite the setback, Stephanie ran 18 marathons well into her 30s,

In early July, Lindstrom was told her condition had worsened. She and her family had prepared for the worst. But, two days later, a match had been found.

Click here for more on this story from MyFoxAtlanta.