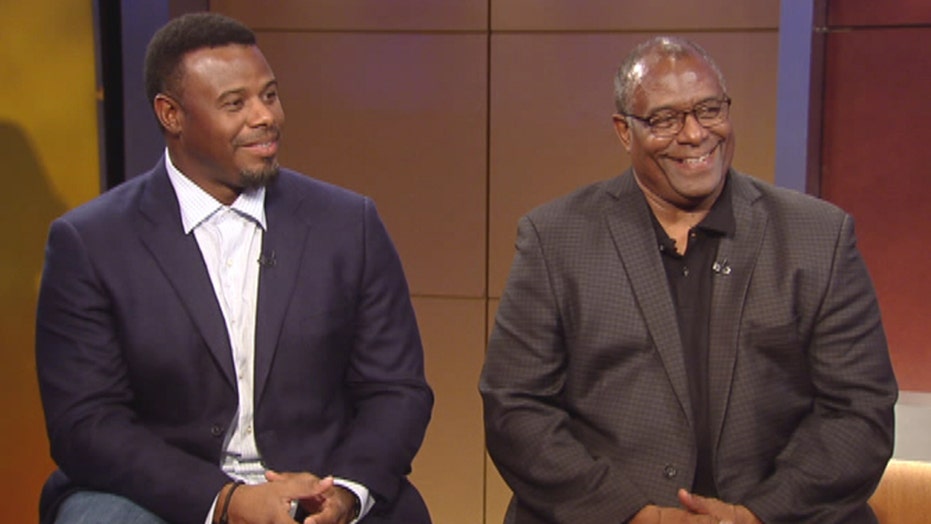 MLB father and son duo Ken Griffey Sr. and Jr. team up with Bayer to raise awareness about the Men Who Speak Up campaign to get men to start talking about their prostate health and cancer risk

MLB’s famous father-son duo Ken Griffey Sr. and Jr. have long-been household names due to their remarkable careers on the baseball field. Recently, they’ve decided to use that to their advantage to help spread awareness about a deadly disease that hits close to home for them both; prostate cancer.

Griffey Sr. was diagnosed with prostate cancer 11 years ago at age 55, despite experiencing no symptoms. He credits his mother with possibly saving his life by encouraging him to get his prostate-specific antigen (PSA) levels checked as part of his annual blood work.

“She lost her four brothers [to cancer] and she always reminded us,” Griffey Sr. told FoxNews.com. “She raised five boys and one girl, and she knew for a fact that if, later on, there might be a problem, that she wanted to make sure we understood that we needed to get checked.”

The MLB’s first father-son teammates are joining forces again, but this time with Bayer to raise awareness about the “Men Who Speak Up” campaign, to get men talking about prostate cancer.

“[Men are] just embarrassed to talk about those things,” Griffey Sr. said. He is hoping that this campaign helps shake the stigma surrounding prostate cancer so that men can be encouraged to not only talk about their health, but to also do something about it.

“Every year we had a physical, and that’s how I actually found out that I had prostate cancer,” Griffey Sr. said. “I did a PSA, and they told me my PSA went kind of, through the roof. [T]he biggest thing about prostate cancer is you catch it early, you have a chance to have a very good life.”

Griffey Sr.’s diagnosis helped opened the dialogue for Griffey Jr. and his peers.