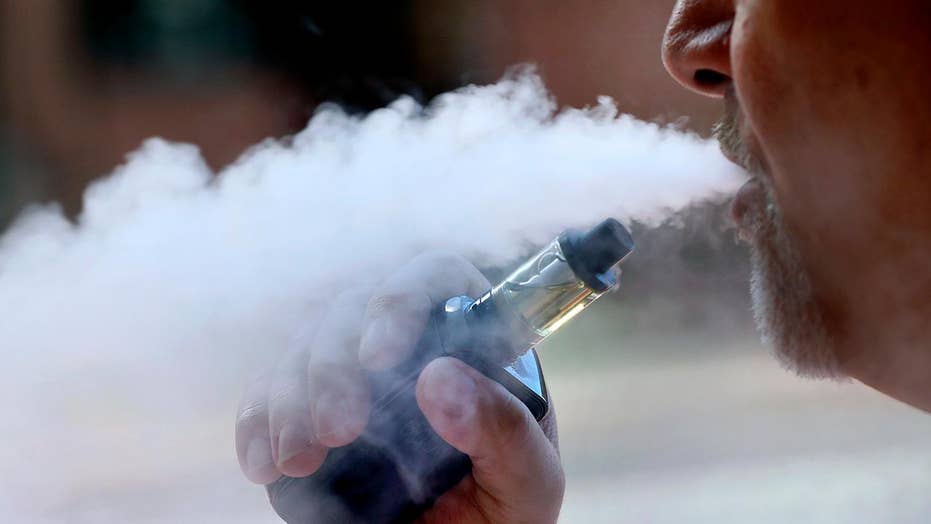 The patient, who was not identified, was over the age of 50 and had a “history of underlying health issues and was hospitalized with symptoms that progressed rapidly.”

Though health departments in other states — namely New York — have linked some of the illnesses to Vitamin E acetate found in marijuana vaping devices, the Kansas Department of Health “does not have detailed information on what types of products were used by the deceased,” officials said in a news release.

There have been six cases of vaping-related lung illness in Kansas, per the release.

“If you or a loved one is vaping, please stop."

— Dr. Lee Norman, secretary for the Kansas Department of Health and Environment

The death marks the sixth in the nation from severe lung illness tied to vaping. There are more than 450 possible cases across 33 states, federal health officials recently said.

“It is time to stop vaping,” Secretary for the Kansas Department of Health and Environment Dr. Lee Norman said in a statement. “If you or a loved one is vaping, please stop. The recent deaths across our country, combined with hundreds of reported lung injury cases continue to intensify. I’m extremely alarmed for the health and safety of Kansans who are using vaping products and urge them to stop until we can determine the cause of vaping related lung injuries and death.”

The news comes after First Lady Melania Trump joined a chorus of officials voicing concern over the rampant use of e-cigarette products among the nation’s youth when she posted a tweet on Monday calling for more prevention and protection against nicotine addiction.

“I am deeply concerned about the growing epidemic of e-cigarette use in our children,” she wrote. “We need to do all we can to protect the public from tobacco-related disease and death, and prevent e-cigarettes from becoming an on-ramp to nicotine addiction for a generation of youth.”

The tweet ended with a mention of the Department of Health and Human Services, and quickly gained thousands of likes and retweets. Her call for action comes just days after health officials urged people to stop vaping until they can figure out why hundreds have been diagnosed with serious lung illnesses.

E-cigarettes do have the potential to help adult and non-pregnant women quit smoking, but they are not safe for youth, young adults, pregnant women or adults who do not currently use tobacco products, according to the Centers for Disease Control and Prevention (CDC). The agency notes that scientists still have a lot to learn about whether e-cigarettes are effective for quitting smoking, and that additional research is needed to understand long-term health effects.