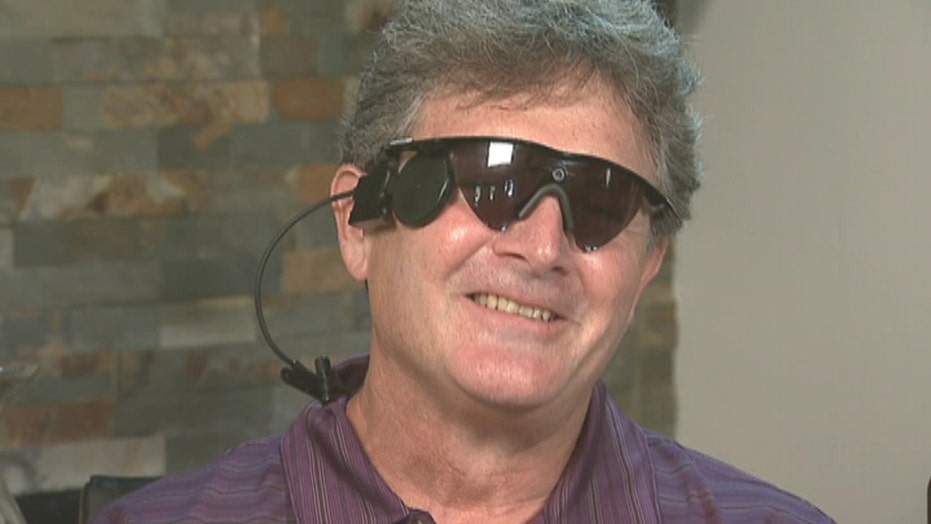 Steve McMillin lost his eyesight to a rare, inherited disease called retinitis pigmentosa. After 8 years in total darkness he became the first patient at the Cleveland Clinic to be implanted with the Argus II. It’s a device that gave Steve some of his vision back

Playing with our children, eating a meal, walking alone— these everyday things most of us take for granted weren’t possible for Steve McMillin, 59. About 10 years ago, he started losing his eyesight and within four years he was completely blind and had to stop working.

McMillin was diagnosed with retinitis pigmentosa, a rare, inherited disease that is progressive. There is no cure for the condition.

"It was hard to see him go through what he was going through,” McMillan’s wife, Karen McMillin, said.  “He was always very strong; you know nothing ever stopped him.  And that that totally stopped him."

Night blindness is often one of the first signs of retinitis pigmentosa.

The McMillins shifted their lives to accommodate his condition, but he never gave up hope. Then, Steve became the first candidate at the Cleveland Clinic to get a tiny electronic device implanted in his right eye. The device, Argus 2, is FDA-approved and bypasses the part of the retina that isn’t working.

After a four-hour surgery and weeks of rehabilitation using a special pair of glasses with a camera, the device was finally turned on.

“I see a glow,” Steve said when the device was turned on. “The way I’m looking up I think it’s the lights, but I don’t see the lights, I do see the glow.”

The camera records images and then sends them to a wearable video processing unit. Then the implant in the eye receives the image and stimulates the retina. Steve’s brain interprets the image.

It will take quite some time to get used to the Argus 2— his new vision is based on contrast, so he will only see the difference between black and white.

“You have to learn to move your head to see, as opposed to moving your eyes,” Rachitskaya said.

For 8 years, Steve has lived in total darkness. Now, he can see shapes and outlines, making it possible to walk on his own, eat a meal and play with his grandkids.

"It's a game changer,” he said. “You can walk around the house some with the device on and see corners and you know lights you have never seen before."

Visit ClevelandClinic.org for more information on the Argus 2.