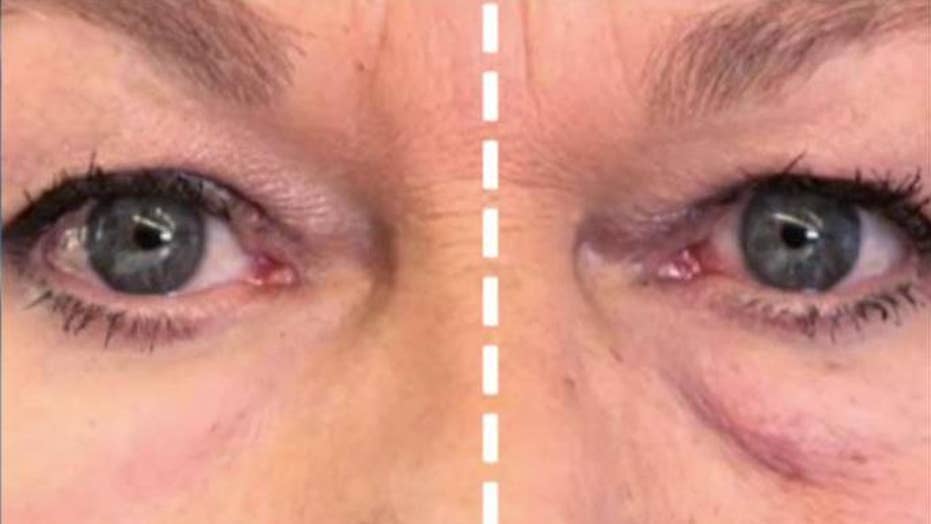 Breakthrough treatment could be new 'fountain of youth'

Dr. David Samadi explains how the innovation may be able to erase your wrinkles for good

Wrinkles, eye bags and sun burn could be a thing of the past thanks to researchers at Harvard University and Massachusetts Institute of Technology (MIT) who have developed a “second skin” possibly reversing not only signs of aging but treating other common skin conditions.

Scientists have developed a “second skin” that can mimic the properties of youthful skin, according to a report in the journal Nature Materials. Better yet, the chemicals used to make this elastic, wearable crosslinked polymer layer (XPL) are considered safe by the U.S. Food and Drug Administration (FDA).

The XPL is applied on the skin in two steps. At the first step, a polymer of Siloxanes, a clear liquid, is applied over the skin. The second step, which is the most distinguishing part of this new product, is to apply a product that crosslinks the polymers together. Depending on where “second skin” is to be used and for what reason, the formulation of the product can be optimized. If it’s being used on eye bags, it will form more compressing 3-D structure than if it’s being used as a moisturizer to reduce water loss through skin. When you need to remove the product, a solution that dissolves the polymer is used, since the product has adhesive properties which attach it to skin.

The XPL may play a pivotal role in pharmaceutical, skin care and beauty products. The unique aspect of this product is that it forms 3-D crosslinking structure that can’t be washed away by sweat or water, and doesn’t transfer to clothing or sheets.

Generally, skin aging is due to loss of elastin, the major elastic fiber in the skin. Aging, an inevitable process, leads to loss of elastin and other elastic fibers. Most anti-aging therapies on the market are aimed at reducing the speed of elastic fiber loss in the skin then. However, XPL works in a totally different way. It spreads over the skin and applies a compressive force, like stretching the skin with your hands. In studies, it was shown to reduce the appearance of eye bags in about three minutes and for up to 35 minutes after removal.

But XPL can be used for more than just cosmetic purposes. It has been shown to work better than current moisturizers available on the market, which are often used to treat conditions like psoriasis, ichthyosis and eczema. Many of these moisturizers must be used multiple times a day and can transfer onto surfaces like sheets and clothing. Research indicates that XPL would be able to provide moisture to the skin without the mess of transfer.

Another use of “second skin is to keep in place skin medications, like corticosteroids. These medications are used to treat many skin conditions, but again, because of transfer, the body only ends up absorbing about 10 percent of it. The thought is that XPL can be used to seal in skin medications so the body will absorb more.
Skin cancer is another area where XPL could potentially help.

While sunblock is the leading form of prevention against the sun’s damaging rays, it only lasts a short amount of time and can become even less effective if a person is sweating or swimming. According to the report, XPL has the potential to last 24 hours, sealing in sunblock, which could potentially help reduce the rate of skin cancer.

Epidermolysis bullosa (EB) is a devastating and painful condition in which there is a defect in keratin filament structures of the skin. This defects leads to skin blistering, basically separation of skin layers, in minor traumas like touch, rubbing or heat. There is currently no cure for the disease, but XPL could have the potential to act as a protective layer over the skin, preventing blister formation, which could be life-saving in children with the condition.