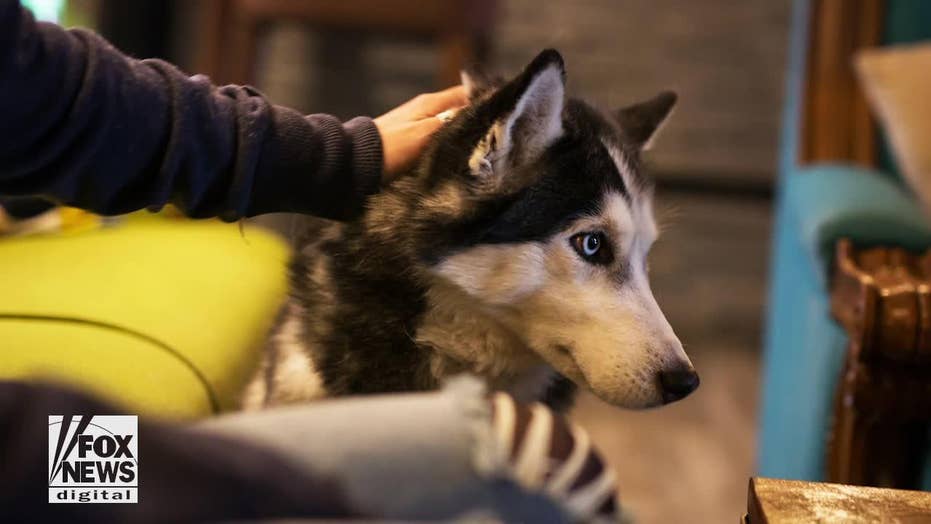 It’s no secret that some dogs can detect illness in humans. However, researchers are still figuring out how dogs might help with cancer diagnosis since studies are mixed. Then, there are dogs like Sierra who are naturals at detecting cancer.

Sierra is a Siberian Husky who sniffed out the disease multiple times in her owner, Stephanie Herfel, without any formal training.

According to the Milwaukee Journal Sentinel, the then-9-month-old puppy came to live with Herfel when her son was deployed for the Air Force. But one day, Sierra started acting strange around her owner.

The Husky reportedly sniffed Herfel’s abdomen so intently that Herfel thought she had spilled something there. The dog repeated the strange behavior before going to hide in the closet as if something had frightened her, reports the Journal Sentinel.

The ordeal “spooked” Herfel enough that she went to the emergency room, where she was told she had an ovarian cyst.

MAGGOTS USED TO TREAT MAN'S INFECTED FOOT: HOW IT WORKED

But Herfel’s beloved dog kept hiding in the closet, prompting her to make another appointment—this time with her gynecologist. Herfel had already been dealing with abdominal pain, which also highlighted the potential for a problem.

The former Marine said she was diagnosed with stage 3 ovarian cancer and was undergoing treatment within a matter of weeks. Her trusty pup had been right to be concerned.

But smart Sierra didn’t stop protecting her owner with just that occurrence. The dog sniffed out returned bouts of cancer two more times, well before doctors confirmed each case.

Sierra even detected the same cancer in a friend who knew she had the disease, reports the Journal Sentinel.

Dogs have as many as 300 million olfactory receptors in their noses, according to PBS. That sense is a whopping 10,000 to 100,000 times better than humans.

While researchers are dabbling in using dogs for illness detection, Sierra reminds everyone of one important lesson. Don’t take your dog’s strange behavior for granted. Your dog may just be trying to tell your something important—or even save your life.