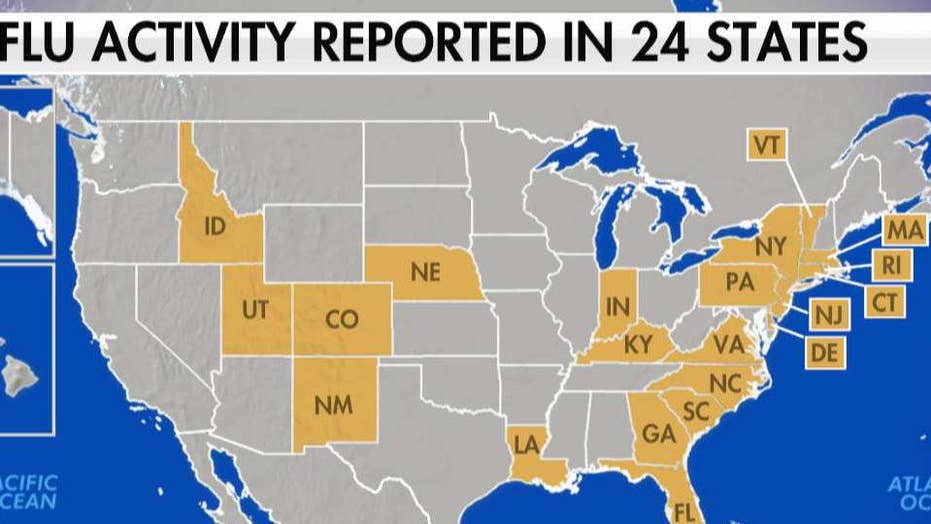 The flu grips the US as the child death toll from flu season climbs to 13 over the weekend, what symptoms to watch for

Dr. Nicole Saphier tells you what signs and symptoms to watch out for this flu season.

The Children’s Hospital of Wisconsin has announced a temporary ban on visitors under the age of 12 in the hopes that it will help stop the spread of the flu virus. According to the hospital’s press release, the ban will take effect on Wednesday and last “for the remainder of this flu season.”

The ban comes days after the Centers for Disease Control and Prevention (CDC) released their weekly surveillance report which saw two additional pediatric deaths reported to the agency, bringing the total to 13 so far this season.

INFANTS NOT GETTING FULL-NIGHT SLEEP BY 6 TO 12 MONTHS NOT MORE PRONE TO ISSUES LATER: STUDY

“We know this change may be difficult for some of our patient families,” the hospital’s news release said. “Viral season has begun in Wisconsin and we want to implement this restriction in advance of any increase of viral illnesses in our community. Limiting visitors to our hospitalized patients will help keep them safe while they’re in our care.”

The hospital emphasized that the restriction was only to be applied to visitors and that children in need of medical attention would not be turned away.

MANY WHO CLAIM TO HAVE FOOD ALLERGY ACTUALLY DON'T

Cape Fear Valley Health in North Carolina enacted a similar policy on Monday, and other hospitals have placed temporary restrictions on visitors in the past due to flu concerns. As of Dec. 29, widespread flu activity was reported by 24 states, with over 1,562 cases requiring hospitalization since Oct. 1. The highest rate of hospitalizations was found among the 0-4 age population.

The CDC said the best way to prevent the flu is for those 6 months and older to receive the vaccination and cautioned that people with certain health conditions, including older people and young children, are at a high risk of serious complications from the virus.