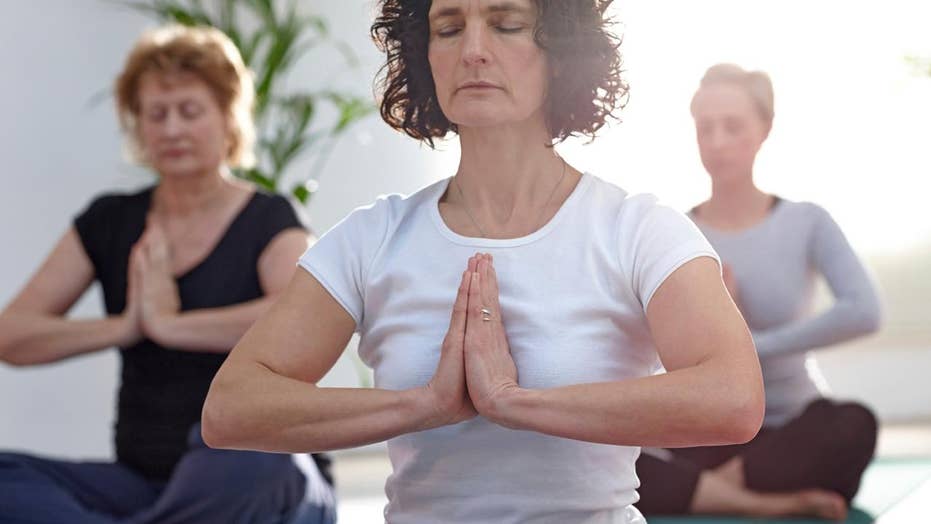 As many as one in four people struggle with addiction. There are alternatives to opioid use like meditation, tai chi and acupuncture that are helping patients knock out pain

By now, most people are aware of the enormity of the opioid epidemic. In 2015, over 33,000 Americans died from an opioid overdose – more from opioid pain relievers than heroin.

Just because someone experiments with opioids doesn't mean that he or he will become addicted. However, there's risk with any opioid use, even when it's medically warranted. The U.S. Drug Enforcement Agency classifies opioids as a Schedule II drug, a substance with medically accepted use but a high potential for abuse.

Many parents and guardians don't think their child is at risk for misusing opioids. While that may be true, consider this: In 2013, one in eight U.S. high school seniors reported using opioids for nonmedical reasons. In 2015, 122,000 teens under 17 and 427,000 adolescents between 18 and 25 had a pain reliever use disorder, meaning that they had a problem with the drug.

SOLVING THE OPIOID CRISIS MUST START IN THE DOCTOR'S OFFICE

I've studied substance use prevention for 15 years, including time in rehabilitation centers with teenagers addicted to heroin, so I understand how critical it is to prevent opioid use at a young age. Fortunately, there's a lot of research on this topic, as well as numerous resources to help parents figure out where to start.

First, parents should educate themselves about opioids: what they are, how they work in the brain and body, risk factors for using them and how to spot signs of use.

Parents shouldn't convey misinformation about opioids to their children. If their children find out that what they've been told isn't accurate, they may turn instead to their peers for information.

There are excellent online resources available for parents and their children, such as the National Institute on Drug Abuse for Teens website and the Partnership for Drug-Free Kids' Parent Drug Guide.

It's particularly important to note the long-term effects that nonmedical use of opioids can have on adolescents. Around puberty, the brain starts a massive restructuring process. Neural connections get stronger and stronger, helping adolescents go from the emotional decision-making of youth to rational decision-making in early adulthood. This process continues until the mid- to late 20's.

During this time, what adolescents do can get "hard-wired" into the brain. So, for example, if a young person is engaged in academics, sports or learning a musical instrument, those connections get set in the brain. If they spend a lot of time using drugs, those could be the connections that stick. That means they'd have an increased chance of developing a substance use disorder later in life.

In adolescence, many people learn important life skills, including how to cope with adversity. However, long-term drug use that starts during adolescence can affect our memory and learning. Because drugs, particularly opioids, help alleviate both physical and emotional pain, adolescents may then continually turn to this drug as a way to cope, rather than using more adaptive coping skills that are usually learned during this time.

One of the most important tools that parents have is the ability to talk to their child about substance use. While talking about drugs with young people isn't always comfortable, research has shown that it's critical for prevention.

Chances are good that even young teenagers will have heard about opioids and overdose deaths at some point. Pretending that opioid use is not a problem – or thinking that a child is a "good kid" and therefore doesn't need to hear and talk about it – is a mistake. Being a "good kid" does not mean that an adolescent will not be curious or be tempted by peers.

Starting the conversation can be difficult. I advise parents to keep an eye out for a time when the topic can naturally come up. For example, if a celebrity is found to be using opioids or other drugs, or if the problem comes up in the child's school or neighborhood, or even on the child's social media account, this could provide the opening for a discussion.

Parents could ask their children if they have heard about opioids and, if so, what they know. That could be a good starting point and an opportunity to do the research together.

There are also helpful online resources that provide tips and advice on how to have these types of conversations, such as the Parent Talk Kit, which provides advice on what to say in specific scenarios with kids of different ages. For example, the beginning of high school is an incredibly important time for parents to bring up how some teens use opioids and to let their child know that, if she ever makes a mistake or gets stuck in a bad situation, she should come and talk to them.

These conversations aren't a one-shot deal. They should happen often, ideally repeating parents' expectations and adding new information when relevant.

Parents should make an effort to get to know their children's friends. Having friends who use drugs is very strongly associated with adolescents' own drug use.

Additionally, children are less likely to use prescription drugs if their parents monitor where they are when they're not at home.

About two-thirds of teenagers who use prescription drugs for nonmedical reasons report getting the drugs from friends or family members, including taking them from medicine cabinets without people knowing. So, parents should properly and safely secure their prescription medication, especially opioids.

Finally, if parents suspect that their child is using or has a problem with opioids, it's imperative to get help as soon as possible. The best outcomes often come from intervening early.

For more information, the Partnership for Drug Free Kids has a resource hotline with advice on how to confront children about suspected drug use, as well as additional resources to help parents navigate getting children help with a substance use disorder.

The good news is that nonmedical opioid use among adolescents is on the decline. However, it's still a significant problem that needs attention. Parents have the power to help – and talking to their children is an important first step.

This story was published in collaboration with PBS NewsHour.