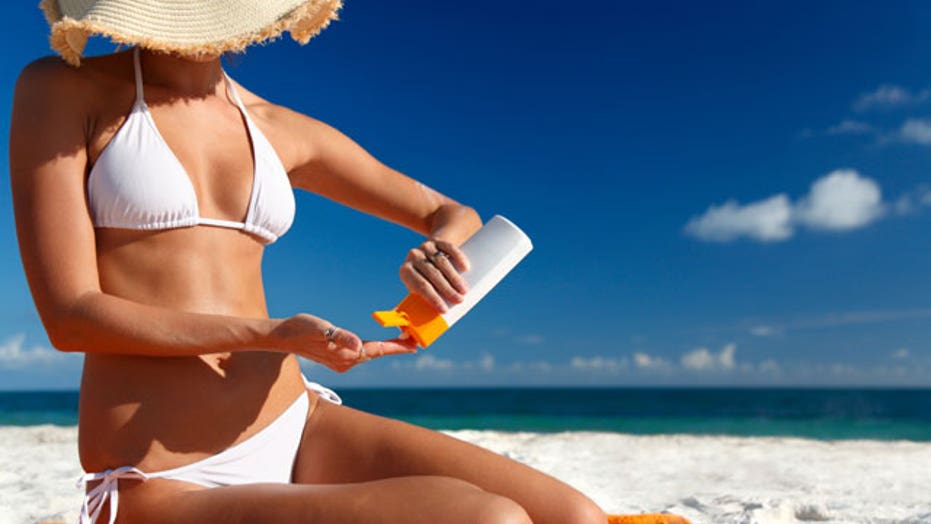 Not sure which sunscreen to use as you hit the beach this summer? New FDA labeling guidelines are now in place to help you make smarter choices when it comes to products that provide the best sun protection

In the summer of 2011, Andrea Syglowski noticed a mole she’d had her entire life was starting to look different. Concerned, she booked an appointment with a dermatologist, and within a week was diagnosed with stage-0 melanoma – an early phase of the deadliest type of skin cancer.

A week later, Syglowski, a Philadelphia-based actress who is in her 20s, underwent surgery to remove the mole, leaving her with a five-inch scar on her leg. Syglowski said that while she used sunscreen before her diagnosis, she now realizes she didn’t always use it correctly.

“I think all I knew was that I needed to have it on,” Syglowski told FoxNews.com.

Skin cancer affects millions of people like Syglowski every year, but many remain confused about the basic rules of sunscreen application. However, the Food and Drug Administration (FDA) has recently implemented new changes to sunscreen labeling, which aim to clear up some of the confusion. Here’s what to look for on sunscreen labels this summer.

“UVB is what causes a sun burn; UVA doesn’t sunburn you. But now, we want something more. We want sunscreens to prevent cancer and wrinkles in addition to sunburn,” Dr. James Spencer, a member of the American Academy of Dermatology and a board certified dermatologist in St. Petersburg, Fla., told FoxNews.com.

According to the new FDA guidelines, new sunscreen labels can only claim that they offer “broad spectrum protection” if they protect against both UVA and UVB rays.

“When we say broad spectrum, we mean we're covering both UVA and UVB as wide in the spectrum as we can cover,” pharmacist Ian Ginsberg, owner of C.O. Bigelow in New York City, told FoxNews.com.

Furthermore, sunscreens can now only claim to “prevent cancer” and “prevent wrinkles” if they contain both UVA and UVB protection.

‘Water resistant’ not ‘waterproof’
Waterproof sunscreen may sound like a great option, but according to Spencer, “there’s no such thing as waterproof.”

Sunscreen companies must now remove the word “waterproof” from their labels and replace it with the phrase “water resistant,” according to the new FDA guidelines. A “water resistant” sunscreen will be less likely to wash off in water, but doctors warn that it still needs to be reapplied.

To make sure people remember to lotion up again after getting wet, the FDA now requires all sunscreens to state whether they are water resistant for “40 minutes” or “80 minutes.”

“So that gives you an idea…how long you’re good for; that’s useful information,” Spencer said.

And if you’ve had the same tube of sunscreen for the entire summer – you’re doing something wrong.

“One tube should only last two weeks, and if you’re going to the beach, (it should last) for a week,” Dr. Hooman Khorosani, assistant professor of dermatology and chief of division of Mohs, reconstructive and cosmetic surgery at the Icahn School of Medicine at Mount Sinai in New York City, who also treated Syglowski, told FoxNews.com.

Don't forget to take note of the expiration date on your tube of SPF either. Expired sunscreen could be less effective.

"Most people throw these things in their beach bag and/or let them sit in direct sunlight for hours on end so you should live by the (expiration) date," Ginsberg said.

SPF 30, not SPF 100
Resist the urge to reach for the highest SPF on the shelf.  It likely won’t offer any more protection, according to doctors.

Spencer said the FDA is considering prohibiting sunscreens labeled higher than SPF 50, but due to objections from sunscreen companies, the change is still being negotiated.

In the meantime, Spencer recommends looking for an SPF of at least 30 and reapplying sunscreen every few hours.

Syglowski – who has now been melanoma-free for nearly two years – says she is much more vigilant about sunscreen application and schedules regular skin checks with Khorosani – something she encourages other women to do as well.

As for Khorosani, he said one technique seems to be particularly effective at encouraging patients to be vigilant about sun protection.

“I have a photo of a patient who sat by the window every day. The left side of her face, which was facing the window, was being hit by (wrinkle-causing) UVA rays, so it looks like she’s 50. The right side looks like she’s 35,” Khorosani said. “All I need to do is show that photo to the women who come in.”