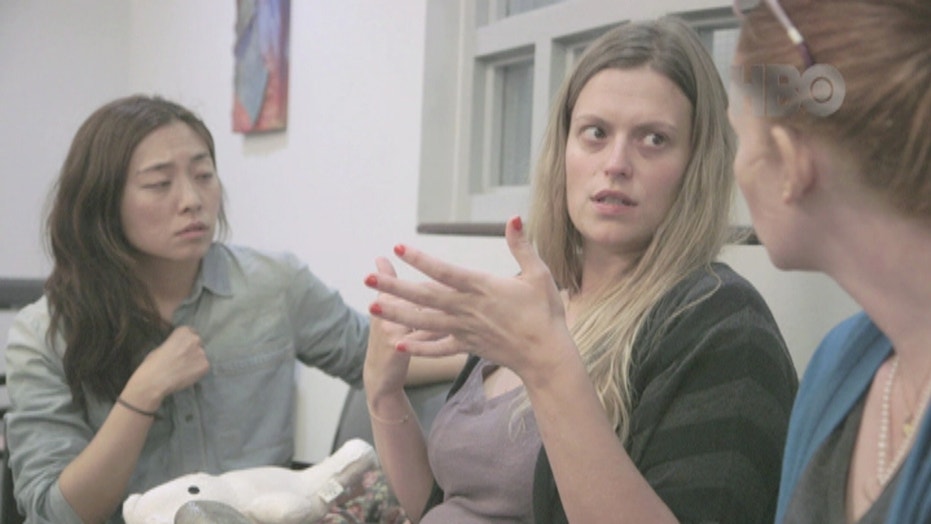 If a simple genetic test could reveal whether you’d inherited devastating disease that will one day leave you a prisoner in your own body -- would you take it? Actress Marianna Palka talks to Dr. Manny about finding out if she has the gene for Huntington’s disease in the new HBO documentary, “The Lion’s Mouth Opens”

If a simple genetic test could tell you whether or not you had inherited a devastating disease would rob you of your future and leave you a prisoner in your own body — would you take it?

That’s exactly what actress Marianna Palka decided to do as she watched her father slowly fade away from a hereditary condition called Huntington’s disease.

“We usually describe it as a cross between Parkinson's and Alzheimer's, just because it affects your body and it affects your mind, too,” Palka said in an interview for FoxNews.com’s Health Talk, alongside her close friend, actor Jason Ritter.

Huntington's disease causes the progressive breakdown of nerve cells in the brain and usually results in movement, thinking (cognitive) and psychiatric disorders, according to the Mayo Clinic. Children born to a parent with the condition have a 50/50 chance of inheriting the gene that causes the disease.

Advances in medicine have made it possible for individuals to find out whether or not they will develop the disease and go on to receive genetic counseling. But for patients like Palka’s father, who started showing signs in his late 30s, getting the heads up wasn’t an option.

“I was really rocked when he started showing signs of it,” said the Scottish-born actress. “I think that it was the defining moment of my childhood.”

While the development of a genetic test for such a devastating disease may seem like a blessing for some, the decision it presents for the children of Huntington’s patients on whether or not to find out their fate can be daunting— there’s currently no cure for the disease.

Even though Palka showed no symptoms of the disease, the 33-year-old made the agonizing decision to get tested, knowing that a positive result would mean a death sentence. She chronicled her journey in the HBO documentary, “The Lion’s Mouth Opens,” directed by  Academy Award-nominated Lucy Walker.

“The documentary is not about: ‘Let's all get tested for genetic diseases.’ It's about being a human being and sharing your feelings with your friends,” Palka said. “And Lucie Walker ... is a genius. She has shepherded us through this whole experience, and she's also an advocate for all the things that we're supporting.”

In the documentary, Palka gathered her close friends and family for a dinner the night before she was to learn of the results of her test. Rather than being a somber time of reflection, the evening was filled with optimism and support.

“I have an interesting belief system: Mine is that there is a cure for Huntington's disease and that we actually are the cure and lifestyle is the cure,” Palka said. “So given that information, it was a little bit easier, I think, for me to be open about doing it, because it felt like something that I could handle, either way.”

Palka’s friend, actor Jason Ritter, who also appears in the documentary, said he knew it was an extremely personal decision.

“I initially was surprised that she was deciding to do it, but I also knew it took extreme courage and she wanted to know, so she took that step,” he told FoxNews.com. “It was a beautiful evening. There was lots of laughing and people expressing fears.”

Inspired by her 63-year-old father, who now resides in a nursing home in Glasgow, Scotland, Palka said she hopes the documentary serves to raise awareness about Huntington’s disease— and to open a dialogue on caring for the afflicted with greater dignity.

“Even after anyone gives you a result about anything, you're still going to be uncertain about things,” she said. “I think as human beings, we're searching for a certainty that we don't necessarily find. But I do think that the message of the film is kind of about being together and sharing the loads that we have.”

For more information, check out HDSA.org.