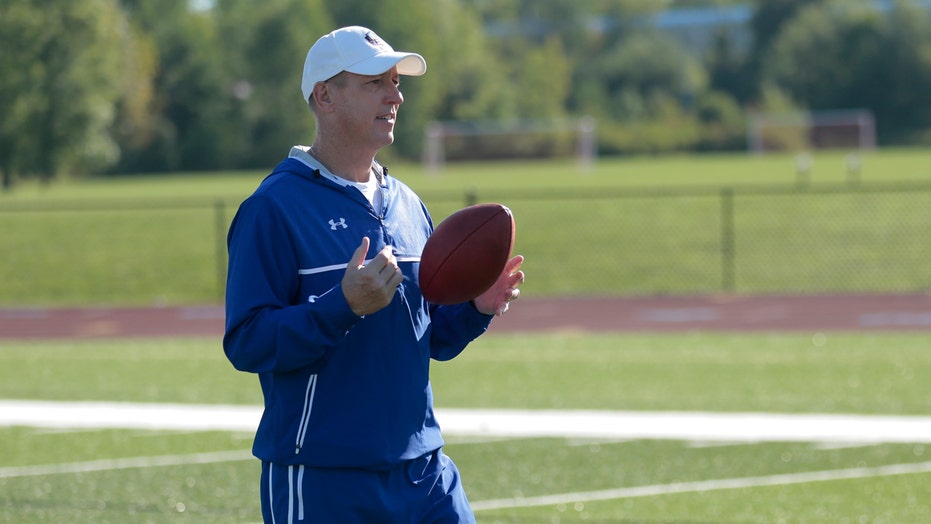 Hall of Fame quarterback Jim Kelly will travel to New York City next month for an unexpected checkup after “something came up” during his recovery from surgery for oral cancer.

Kelly said Tuesday during a football clinic that his visit will take place in the second week of August, according to ESPN. He said for now it’s just a checkup.

“My doctors are in New York. I'm not there every day. So I want to be sure that everything [that] is going on, is going on for the right reasons,” he said. “Just like everybody, if you go through a broken leg or something, you got to have checkups. If there is a little pain here [where] you think there shouldn't be anything, you got to get it checked. Even though I'm blessed to have [the doctor] at [Erie County Medical Center] I go to in Buffalo look and make sure that things are going pretty good, it helps.”

Jim Kelly has had a long battle with oral cancer. (Reuters)

The former Buffalo Bills legend had follow-up surgery on his jaw last month before he is set to receive permanent dentures in September, ESPN reported.

“I’m not sure what's going on,” Kelly said. “I have some things that I want to have looked at, and then we'll go from there. I don't know whether I'm going to be here for two days, four days or in and out. And then hopefully I pray when September has rolled around that I can finally bite into a piece of meat and not soup every day.”

Kelly was first diagnosed with squamous cell carcinoma, which led to him having surgery to have a portion of his upper jaw removed in June 2013. Follow-up tests nine months later showed the cancer spread to his sinus, which led to radiation and chemotherapy treatments. Kelly lost 70 pounds while being treated.

The effects of the cancer and treatments led to Kelly having trouble speaking. He could also no longer produce saliva and had lost the sense of taste.

Kelly spent 11 seasons with the Bills before retiring following the 1996 season and has since made Buffalo his home.

He was part of the Bills’ most successful era, in which the team played in four consecutive Super Bowls — all losses — in the early 1990s.

Kelly will receive the Jimmy V Award for Perseverance at the 2018 ESPY Awards on Wednesday in Los Angeles.