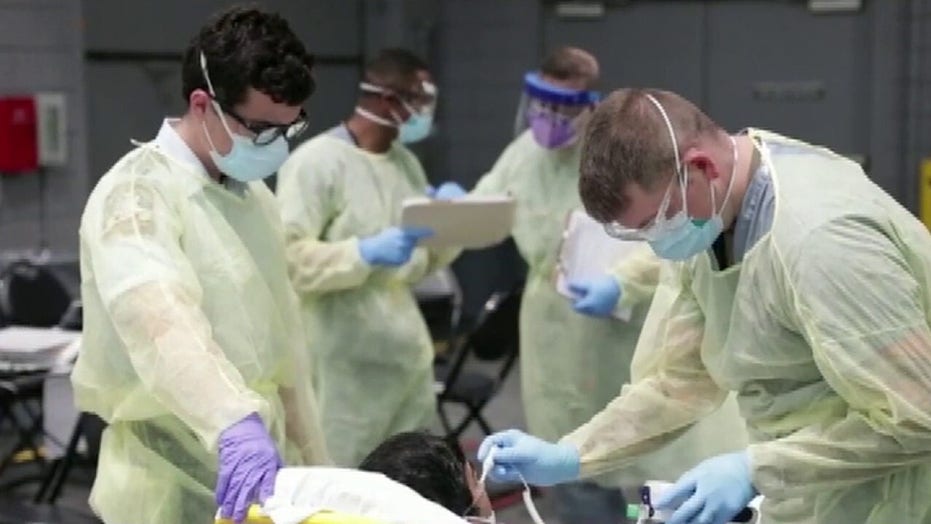 A hospital in France discovered a coronavirus case from late December, weeks before French authorities confirmed the first cases of the novel virus in the country, according to a report.

Officials with Avicenne and Jean Verdier hospitals, located in the northern suburbs of Paris, recently re-tested old samples from pneumonia patients from December and January who were negative for the flu, discovering a man treated there in December was infected with COVID-19. At least 24 samples were tested.

“Of the 24, we had one who was positive for COVID-19 on Dec. 27,” Yves Cohen, head of resuscitation at the Avicenne and Jean Verdier hospitals, told BFM-TV on Sunday, according to Reuters. The samples were re-tested multiple times to ensure the results were correct, he noted.

That said, it’s not yet clear if the man is now France’s “patient zero” — or the first known case of the novel virus in the country. The first three cases of the virus in France were confirmed on Jan. 24, according to Reuters.

“He was sick for 15 days and infected his two children, but not his wife, who works in a supermarket,” said Cohen, who added that the man survived.

“He was amazed, he didn’t understand how he had been infected. We put the puzzle together and he had not made any trips. The only contact that he had was with his wife,” he continued, noting there is suspicion that the man’s wife was asymptomatic.

Local health officials have since begun to use contact tracing in an effort to find out how the man was exposed, as identifying "patient zero" is important for understanding how the virus spread in the country in the first place.

“He may be the ‘patient zero,' but perhaps there are others in other regions. All the negative PCRs for pneumonia must be tested again. The virus was probably circulating (then),” added Cohen.

If the man was identified to be France’s first known coronavirus patient, it wouldn’t be the first time officials had later discovered the virus was present long before they initially thought.

For instance, in the U.S., California officials in April announced that three people who died at home during February and March tested positive for COVID-19 posthumously, and are now believed to be the earliest coronavirus-related fatalities in the country.

The deaths took place on Feb. 6, Feb. 17 and March 6, officials said. Previously, a man in Washington state who died on Feb. 29 was believed that the first U.S. victim of the virus.