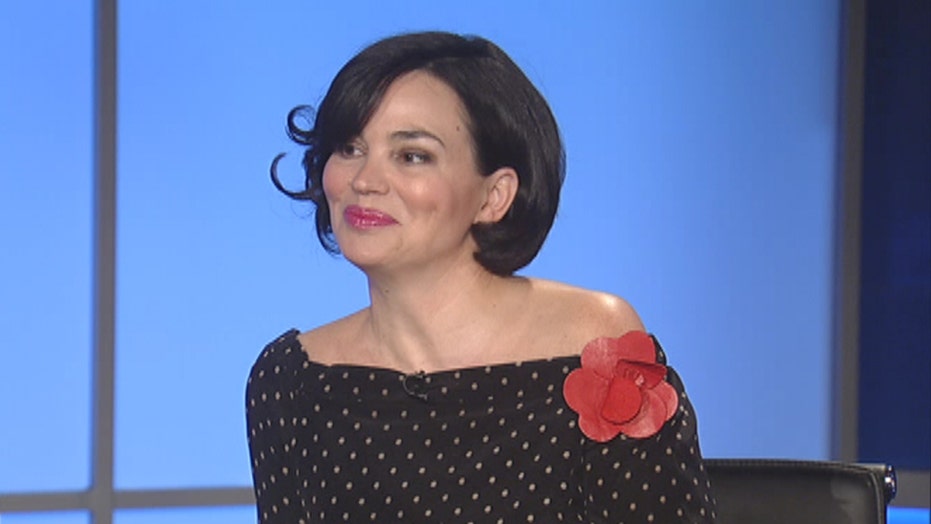 Former MTV star on living with a chronic illness

When she was in her early 30s, Karen "Duff" Duffy, best known as an MTV VJ in the ‘90s, went from enjoying awards shows to suddenly realizing she’d taken a whole bottle of painkillers. The actress and former Revlon model’s chronic pain, including a blinding headache for a week, puzzled her for years, until she was diagnosed with sarcoidosis, a disease that frequently goes undiagnosed, as patients are treated for more common illnesses.

“Originally, the sarcoidosis— which attacks all areas of your body that has soft tissue— was in my brain,” Duffy, who was first diagnosed with the disease in 1995 at age 34, told FoxNews.com.

Duffy and Dr. Doreen Addrizzo-Harris, a pulmonologist at NYU Langone Medical Center, teamed up with the Chest Foundation and the Foundation of Sarcoidosis research to raise awareness of the disease, which affects an estimated 200,000 people in the United States.

Sarcoidosis is an inflammatory disorder where the autoimmune system goes into overdrive, damaging the body’s tissues. The classic feature of the disease is the formation of granulomas, microscopic clumps of inflammatory cells that group together— an overgrowth of granulomas can interfere with organ function. The lungs are the most commonly affected organ and the most common symptoms are shortness of breath and cough.

Duffy said the disease was likely incubating for a while and she thought the headache and repeated bouts of pneumonia were due to overwork. She wasn’t diagnosed until about five years after her symptoms began.

No one knows what causes sarcoidosis.

“There’s probably a combination of genetics— we know that it’s higher in family members who have family members with the disease— [and] the environment and possibly infectious ediologies,” Addrizzo-Harris told FoxNews.com. “In Duff’s case, you really have to be persistent… you need to go to a specialist, particularly if it’s a pulmonary problem because often people will not be thinking sarcoidosis as a possibility.”

For Duffy, who’s been living in chronic pain for almost two decades, she’s learned that suffering is optional.

“It’s up to all of us— 110 million Americans live in chronic pain and there is a way to find a meaningful life and purpose while you manage your chronic illness,” she said. “I think that’s so important.”

Sarcoidosis often goes underdiagnosed because the symptoms— bronchitis, asthma, COPD— are treated, when the sarcoidosis is the ultimate cause, Addrizzo-Harris said.

“Ultimately you need a biopsy to make the final diagnosis, but you really have to have a doctor who’s going to be involved in the full treatment of the disease, not just treating the cough but treating some of the chronic symptoms like the joint pain or fatigue. It’s very difficult for patients to deal with those symptoms,” Addrizzo-Harris said.

There is no cure for sarcoidosis and in many cases, no treatment is necessary. Patients may be treated with anti-inflammatories, immune suppressants, or anti-malarial drugs.