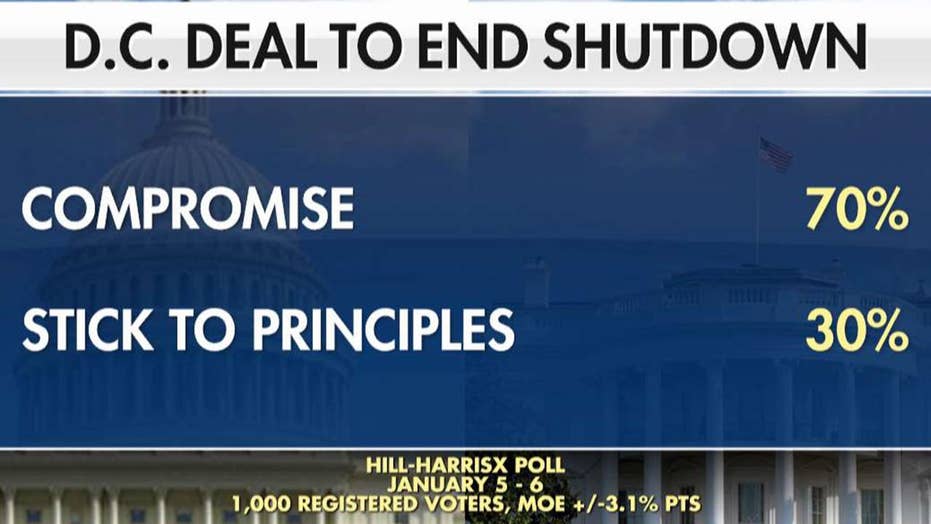 Poll: 70 percent of voters want both parties to compromise on deal to end government shutdown

As the partial government shutdown nears a third week, the Food and Drug Administration (FDA) has announced that it’s been forced to suspend routine inspections of domestic food-processing facilities.

FDA Commissioner Scott Gottlieb said in a series of tweets that the agency would continue its foreign food inspections, but it was cutting down on the number of domestic inspections to ensure the ability to continue monitoring high-risk facilities.

According to The Washington Post, Gottlieb said he was working on plans to bring back the 150 currently furloughed inspectors as early as next week to specifically focus on high-risk facilities after the shuttering of the government forced him to cancel 50 high-risk inspections.

Gottlieb noted that of the 160 weekly domestic food inspections routinely conducted by the FDA, about one-third of those are considered high-risk facilities.

TODDLER WHO DIED AFTER DENTAL PROCEDURE WAS HOOKED UP TO EMPTY OXYGEN TANK AS STAFF MUTED HEART ALARM: LAWSUIT

“We’re taking steps to expand the scope of food safety surveillance inspections we’re doing during the shutdown to make sure we continue inspecting high-risk food facilities,” Gottlieb tweeted, in part, on Wednesday. “31% of our inventory of domestic inspections are considered high risk.”

The Centers for Disease Control and Prevention (CDC) estimates 48 million people in the U.S. are sickened by foodborne illnesses each year, resulting in 128,000 hospitalizations and 3,000 deaths.