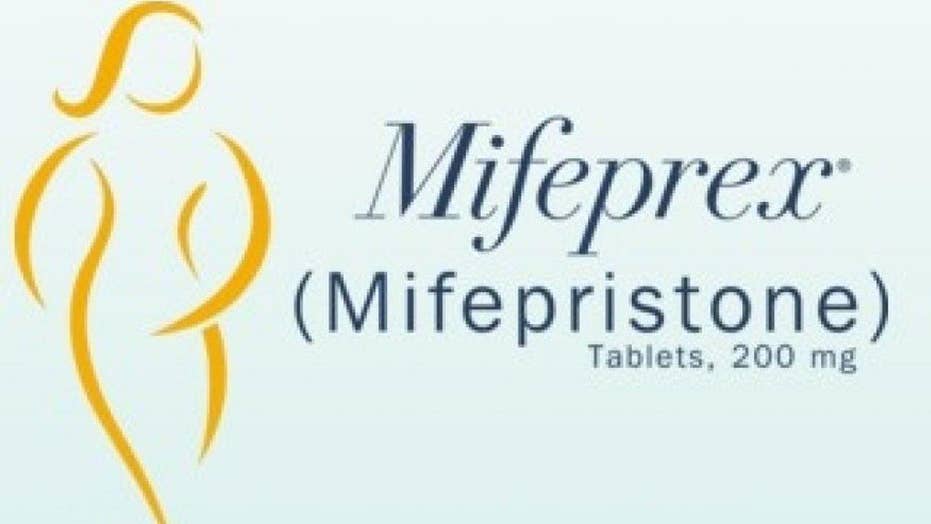 The U.S. Food and Drug Administration has kicked up a potential abortion hornet’s nest with states that impose restrictions on a common abortion-inducing drug, approving a new label for the medication that relaxes guidelines for using it.

The FDA notified the manufacturer of Mifeprex, a drug previously known as RU-486, in a letter on Tuesday that the drug is safe and effective for terminating a pregnancy in accordance with the new label. Also known as mifepristone, the synthetic steroid drug is used in combination with another drug, misoprostol, to end a pregnancy.

Under the new label, a smaller dose of Mifeprex can be used significantly later in the pregnancy — up to 70 days of gestation, from 49 days.

The decision could rankle lawmakers in states that required the drugs to be used in accordance with the original labels. Critics complained those labels were outdated and restrictive.

Abortion rights groups say the FDA change will now affect laws in Ohio, North Dakota and Texas that prohibited "off-label" uses of the drug. Similar laws are on hold in Arizona, Arkansas and Oklahoma.

The National Right to Life Committee argued that the FDA changes would not increase safety for women.

“In the end, it is obvious that the FDA's new protocol serves only the interests of the abortion industry by expanding their base of potential customers, increasing their profit margin, and reducing the level of staff and amount of resources they have to devote to the patient,” Randall K. O'Bannon, National Right to Life director of education and research, said in a statement. “It is clear whose interests it is the FDA is serving. It isn't the women, and it isn't the babies.”

The new label rules will make it easier to use the drug. Not only do they widen the window for using it, but according to the New York Times, they reduce the number of trips women have to make to a doctor from three to two in most states.

Under the new label, the drug dosage has been reduced from 600 milligrams to 200 as well. According to The New York Times, the previous dosage had been deemed too high by most medical societies and abortion rights advocates said it increased the cost and side effects of the procedure.

The drug, formerly known as RU-486, induces miscarriage when used with misoprostol.

“This is a huge step in increasing access to medication abortion and it comports with the scientific evidence,” Elizabeth Nash, a senior state issues associate at the Guttmacher Institute, which tracks women’s reproductive health issues, told The New York Times. She said that medication abortions accounted for about a quarter of all abortions in 2011, the last year measured by the institute.

According to a statement by the American Congress of Obstetricians and Gynecologists, the organization was “pleased that the updated FDA-approved regimen for mifepristone reflects the current available scientific evidence and best practices.”

Additionally, The New York Times reported the group saying, “medication abortion has been subject to legislative attacks in various states across the country, including mandated regimens that do not reflect the current scientific evidence. We hope that these states take the FDA label into account.”