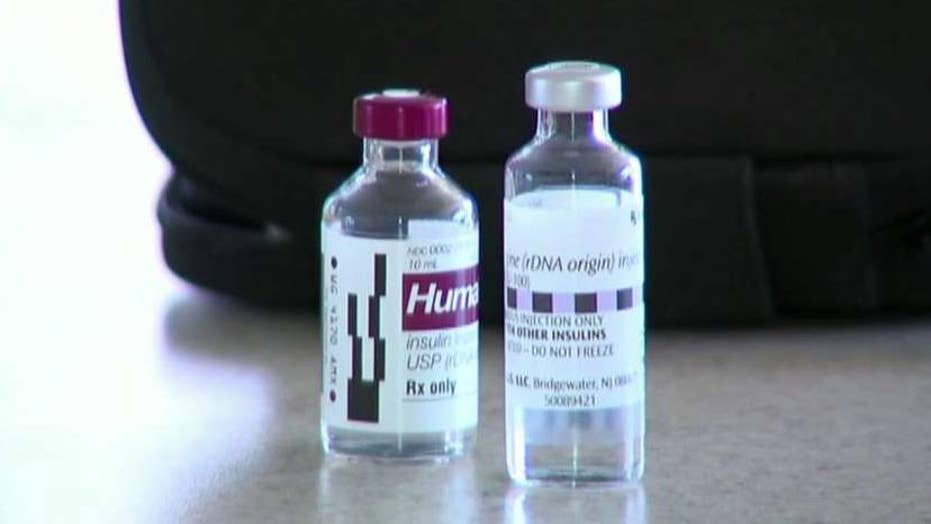 Many diabetics are rationing their insulin as prices skyrocket

People with diabetes who regularly eat nuts may be less likely to develop heart disease than their counterparts who rarely, if ever, consume nuts, a U.S. study suggests.

Diabetics who ate at least five 28-gram (one-ounce) servings of nuts a week were 17 percent less likely to develop heart disease than people with diabetes who had no more than one serving of nuts weekly, the study found.

“These data provide novel evidence that supports the recommendation of incorporating nuts into healthy dietary patterns for the prevention of cardiovascular disease complications and premature deaths among individuals with diabetes,” said lead study author Gang Liu, a nutrition researcher at the Harvard T.H. Chan School of Public Health in Boston.

The study wasn’t a controlled experiment designed to prove whether or how nuts might protect people with diabetes against heart disease. But it’s possible that nut consumption may help improve things like blood sugar control and inflammation due at least in part to nutrients in nuts like unsaturated fatty acids, fiber, vitamin E and folate, and minerals like calcium, potassium and magnesium, Liu said.

Too many nuts may not necessarily be a good thing, however.

“A handful of nuts is beneficial for heart, but it remains unclear what’s the ideal serving size,” Liu said by email.

More than half of the people in the current study didn’t eat nuts at all, Liu noted.

“Whether the more nuts, the better, needs more studies in populations with large range of nut consumption,” Liu said. “Despite the high energy density of nuts, there is no evidence for an association between frequent nut consumption and weight gain, possibly explained by the satiating effect of nut consumption.”

In the study, researchers used self-reported diet questionnaires from 16,217 men and women before and after they were diagnosed with diabetes and asked them about their consumption of both peanuts and tree nuts over a period of several years. All of the participants had type 2 diabetes, the most common form of the disease, that’s associated with aging and obesity.

Nuts were still associated with a lower risk of heart disease even after researchers accounted for other risk factors for heart problems like how long patients had diabetes, obesity, eating and exercise habits, medication use, and how much they ate nuts before they were diagnosed with diabetes.

Tree nuts such as walnuts, almonds, Brazil nuts, cashews, pistachios, pecans, macadamias, hazelnuts and pine nuts were more strongly linked to a lower risk of heart disease than peanuts, which are actually legumes that grow underground.

“One reason why tree nuts might be more protective is that they tend to be consumed with the skin or outer peel, in which most antioxidants reside (at least the common nuts walnuts, almonds and hazelnuts), while peanuts are usually eaten without the peel,” said Dr. Emilio Ros of the Hospital Clinic of Barcelona.

“Also, peanuts are usually roasted and salted - the added salt might counteract the benefit from the original nut components,” Ros, who wasn’t involved in the study, said by email. Ros has received grants, research funding and other funds from California Walnut Commission and the International Nut and Dried Fruit Council.

“One to one and-a-half servings (28 to 42 grams) per day is the ideal dose,” Ros advised. “In practical terms, it is best to recommend a handful (of dehulled nuts) - the bigger the hand (and the size of the owner), the bigger the dose.”

The study was published in Circulation Research.