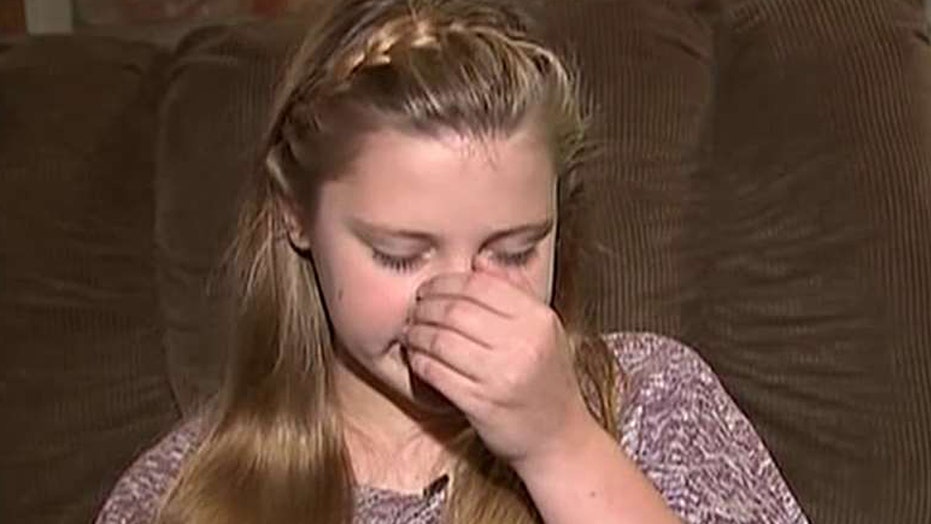 For more than three weeks, a 12-year-old Texas girl has been sneezing constantly— at a rate of 20 times per minute.

Katelyn Thornley, of Angleton, Texas, is sneezing up to 12,000 times a day, Fox26 reported.

“I’m constantly in pain with my abdomen, my legs are weak, I can barely eat,” Thornley told the news station.

At first, she thought she was allergic to something, but the sneezing hasn’t stopped.

According to Fox26, no medication has worked, but the only time the seventh-grader doesn’t sneeze is when she sleeps after taking Benadryl. Listening to The Beatles helps her relax.

The family has visited six physicians and they’ve ruled out viruses and allergies, but say it could be a stress-related reaction.

"Anything you talk to her about that irritates her— you can see it spike and continuous sneezing," Thornley's father told Fox26 . "It's easy to trigger."

At the request of Fox26, Dr.  Mered Parnes, a neurologist from Texas Children’s Hospital evaluated Thornley on Friday.

“One of the things could be and that it looks quite a bit like, are tics,” he told Fox26. Tics are brief, repetitive movements and vocalizations and those parts of her presentation fit, he said.

At her appointment, Thornley described tickling feelings in her nose before sneezing but that are relieved with sneezing, which is typical with tics.

Tics commonly start in the head and neck, with actions like blinking, sniffing and facial grimacing, Parnes said, adding that her case isn’t out of the ordinary.

Medications can help, Parnes told the news channel, but tics only need to be treated when they’re bothersome.

Thornley hopes for a cure soon.

"Sometimes I wish I could leave my body for a little while so i could watch myself sleep and be at peace because even in my dreams, I sneeze," she told the news channel.