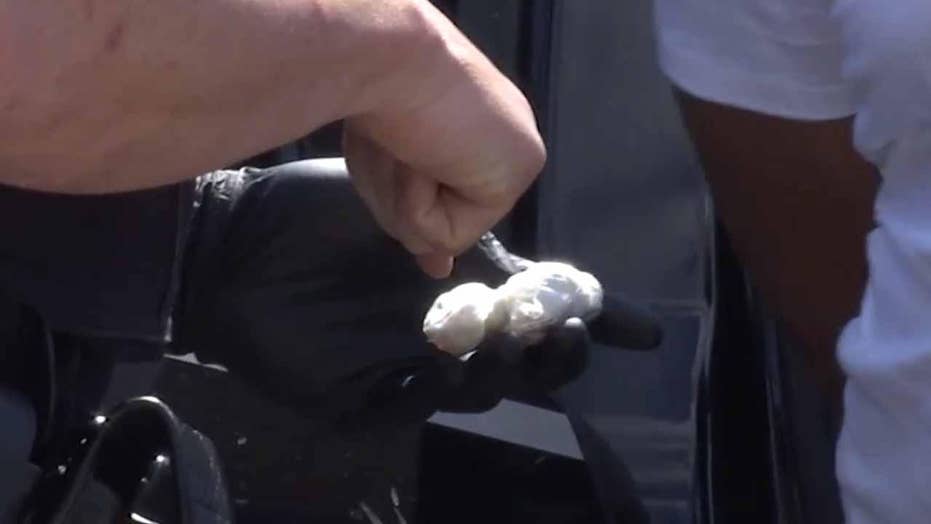 East Liverpool, Ohio police department is developing strategies to deal with the epidemic hurting the region

The U.S. Drug Enforcement Administration on Tuesday warned of a new side effect of the nation's opioid crisis affecting police and first responders: accidental overdoses.

Law enforcement officers and paramedics are increasingly coming in contact with synthetic opioids such as fentanyl that can be dangerous and deadly, prompting the DEA warning and updated guidance nationwide.

In the new video campaign, acting DEA Administrator Chuck Rosenberg and two local police detectives from New Jersey appear on the video to urge law enforcement personnel who come in contact with fentanyl or fentanyl compounds, up to 50 times more potent than heroin, to take the drugs directly to a lab.

The two detectives were recently exposed to a very small amount of fentanyl, and say in the video, “I thought I was dying. It felt like my body was shutting down.”

“Exposure to an amount equivalent to a few grains of sand can kill you," Rosenberg warns in the video. "You can be in grave danger even if you unintentionally come into contact with fentanyl. This message about fentanyl could save your life or the life of a colleague, so please listen.”

While the DEA does not keep data quantifying the problem, first responders handling evidence or helping overdose victims are more frequently reporting breathing problems, dizziness and even loss of consciousness, according to Rosenberg.

Last month, an Ohio police officer accidentally overdosed on fentanyl after accidentally getting the deadly drug on his uniform during a traffic stop.

Over Memorial Day weekend, a Pennsylvania police officer came in contact with a powdery substance while searching a suspect’s car, resulting in an accidental overdose.

Rosenberg cautions police not to field test any substance they suspect may contain fentanyl, and reminds them that police dogs are also vulnerable, so police K-9 handlers must also be careful.

“Something that looks like heroin could be pure fentanyl—assume the worst,” he said. “Don’t touch these substances or their wrappings without the proper personal protective equipment.”

The DEA first issued a nationwide alert on fentanyl in March 2015, a year when more than 33,000 people died from heroin, fentanyl and other opioid drugs. The preliminary numbers for 2016 show an increase to almost 60,000 deaths, which would be the largest annual increase in American history.

“The opioid epidemic nationwide has caused havoc and heartbreak for our children, friends and neighbors,” Deputy Attorney General Rod Rosenstein said in a statement. “Any fentanyl exposure can kill innocent law enforcement, first responders and the public. As we continue to fight this epidemic, it is critical that we provide every tool necessary to educate the public and law enforcement about the dangers of fentanyl and its deadly consequences.”