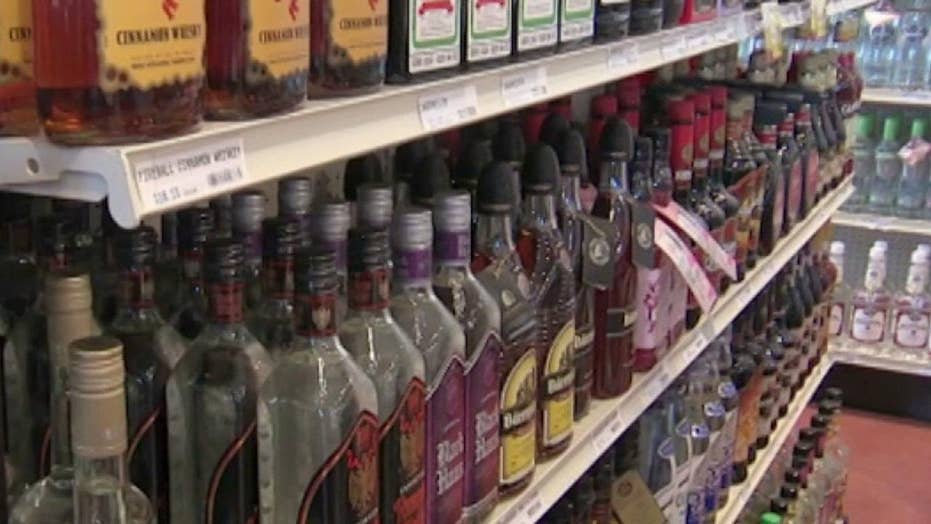 Over 15 million Americans are suffering from alcohol use disorder

88,000 people die from alcohol-related causes each year, making it the third leading preventable cause of death behind smoking and obesity; Dan Springer reports from Seattle on the state of alcohol addiction in America.

Here’s an eating disorder you might not have heard about before: drunkorexia. Actually, it’s not a medically-classified eating disorder. But many experts have noticed that weight-conscious drinkers do tend toward disordered eating habits.

Though not mainstream medical terminology, “drunkorexia” appears to have several identifiable characteristics.

BABY BOY BORN TO MOTHER IN VEGETATIVE STATE 'WILL BE WELL CARED FOR' BY FAMILY: LAWYER

According to a review published by Drs. Adam E. Barry and Anna Kay Piazza-Gardner, those characteristics are 1) skipping meals to save calories, 2) excessive exercising to compensate for alcohol consumed and 3) drinking in order to purge food.

This review aimed to look at college students’ exercise and dieting habits in relation to the amount of alcohol they consumed. It was published in the Journal of American College Health in 2012.

Interestingly, researchers found that highly active college students and those showing disordered eating behaviors were more likely to binge-drink than their peers.

According to Barry, college men and women seem to showcase this disordered eating in different ways. Men tend to over-exercise, and women tend to skip meals before drinking alcohol, Barry told the Los Angeles Times.

“Drunkorexia” isn’t limited to the United States, either. According to Global News, a UK study reported that 40 percent of young adults ages 25-34 have skipped meals to save calories for alcohol. Likewise, an Italian study reported 34 percent of adults ages 18-24 have limited food for the same purpose.

Health experts agree that this behavior isn’t healthy and comes with many risks.

First off, skipping meals and restricting calories has an opposite effect on weight than people think, said Dr. Caroline Cederquist in Women’s Health Magazine .

Cederquist is a weight management expert and co-founder of bistroMD. According to her, skipping even one meal can slow your metabolism and cause any food you do eat with alcohol to get stored as fat.

In addition, these weight-conscious drinkers are likely to binge on alcohol and even food later on. That’s due to the drop in blood sugar caused by skipping or limiting food, reports the Los Angeles Times.

However, the issue goes deeper than weight. Alcohol consumed without food can lead to getting drunk more quickly, Susan MacFarlane, R.D., told Global News. MacFarlane also pointed out that switching nutritious food for alcohol can lead to nutrient deficiencies.

Despite these risks, many young women and men feel the need to continue this practice. What many don’t know is the increased danger they’re putting themselves into.

By drinking on an empty stomach, young adults are only increasing the odds of these situations happening to them. You might even consider that drinking irresponsibly.