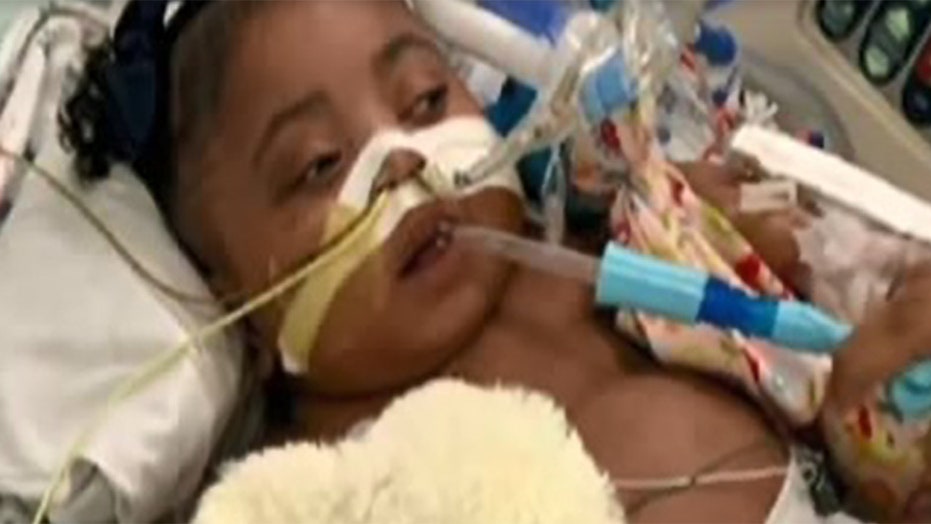 Supporters of an 11-month-old girl in Texas who has been hospitalized since her February birth celebrated an appeals court decision on Friday that delayed a judge’s previous ruling that granted the hospital permission to remove her from life support. The move is just the latest in a back-and-forth battle between medical staff at Cook Children’s Medical Center and the family of Tinslee Lewis, a baby who doctors say is in pain and “will never improve.”

“This gives us so much hope for Tinslee,” Kimberlyn Schwarts, a spokeswoman for Texas Right to Life, which has been advocating for Tinslee and her mother, Trinity Lewis. “This is a prayer answered.”

HOSPITALS ACROSS US INVESTING IN REAL ESTATE TO HELP WITH HOMELESSNESS, MENTAL HEALTH

Tinslee’s doctors argue that their patient, who was born with Ebstein’s anomaly that is an abnormality in the tricuspid valve that separates the right atrium from the right ventricle, is suffering and her condition is “irreversible.” However, the family argues that the girl needs more time to heal.

“She’s made it this far,” Trinity Lewis, the girl’s mother, said, according to Fox 4 News. “I know she’s going to continue to fight for her life.”

But Wini King, assistant vice president of public relations at Cook Children’s Medical Center, said in a press conference after Thursday’s ruling that had granted the hospital permission to remove the child from life support that the girl’s body is “so tired,” and everything staff does for the baby including diaper changes and moving her to prevent bedsores causes her pain.

“We care for Tinslee, too – we’ve been caring for her for 11 months in intensive care,” King said on Thursday. “We have grown very fond of her, that staff up there has just loved on her and they care deeply for her. This is hard on them as well because they don’t want to do things that are causing her pain for no good end. It’s one thing to cause pain and you know it’s going to turn into something better, but it’s another thing when we’re causing pain and it’s not going to end well – they don’t want to do that anymore.”

But on Friday, The Second Court of Appeals in Fort Worth granted the family’s request to keep her on life support and did not immediately schedule any hearings, effectively delaying Thursday’s ruling that would have allowed the hospital to end treatment.

Tinslee’s doctors informed her family back on Oct. 31 that they planned to remove her from life support under the state’s 10-day rule, which in Texas allows doctors to end treatment after 10 days if no other facility has agreed to take on the patient. In a statement at the time, the hospital said it had reached out to as many as 20 facilities on behalf of Tinslee, but none had been willing to take her on as a patient.

In addition to her heart condition, Tinslee has chronic lung disease and suffers from severe chronic high blood pressure. She was placed on a ventilator in July after going into respiratory arrest, and her doctors said that while she appears alert and moving, the movements are the result of her being weaned off paralyzing drugs used to keep her from pulling out lines connected to the ventilator.

“In the last several months, it’s become apparent her health will never improve,” the statement said, in part, according to CBS DFW. “Despite our best efforts, her condition is irreversible, meaning it will never be cured or eliminated. Without life-sustaining treatment, her condition is fatal. But more important, her physicians believe she is suffering.”

But Lewis, who has gained a legion of supporters on social media and with Right-to-Life groups in the state and beyond, has said that she wants to be the one to decide when her daughter is taken off life support.

“I want to be the one to make the decision for her,” Lewis has said, according to The Associated Press.

The case has also gained the attention of the state’s attorney general Ken Paxton and Gov. Greg Abbott. Paxton’s office issued a statement on Friday pledging to “ensure that she will not be deprived of her right to live.”