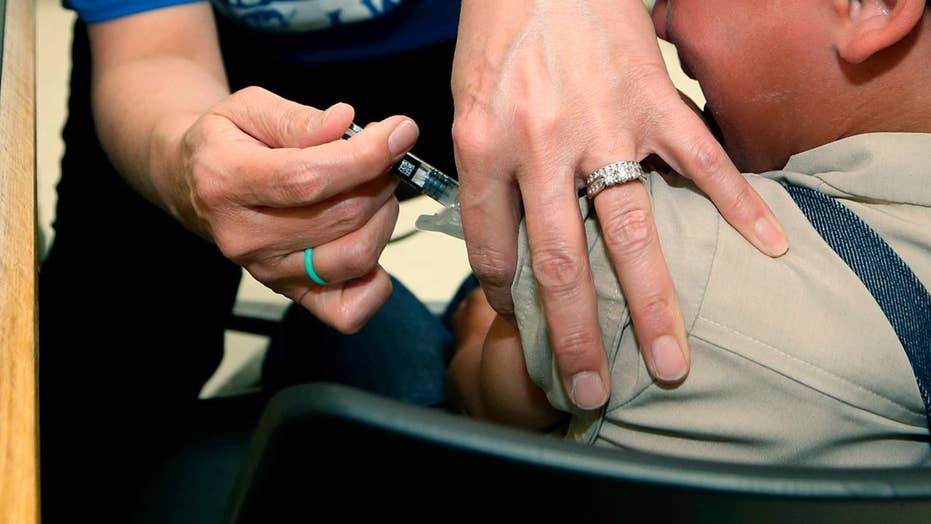 Dr. Marc Siegel says that the outbreak is the direct result of vaccine non-compliance.

Health officials have recorded 1,250 cases of measles across 31 states in the U.S. since January 1, marking the greatest number recorded since 1992. The Centers for Disease Control and Prevention (CDC), said 75 percent of the cases were linked to outbreaks in New York, with the majority of cases involving people who were not vaccinated.

Of the recorded cases, over 100 required hospitalization, and 61 patients reported complications including pneumonia and encephalitis. The update included data recorded up to Oct. 3, and noted that there is only one outbreak currently under investigation, which is in New York but not related to the cases previously recorded in the Rockland County. The most recent cases were linked to travelers coming back from countries dealing with their own outbreaks of the virus, including Israel, Ukraine and the Philippines.

Measles is a highly contagious virus that was declared eliminated from the U.S. in 2000 thanks to a highly effective MMR vaccination program. About 1 in 5 patients diagnosed with measles will likely be hospitalized, with no way of predicting how severe the illness will be in each patient. Symptoms may include high fever, cough, runny nose, red, watery eyes and a rash, which appear within three to five days of symptoms beginning.

Children younger than 5, adults older than 20, pregnant women and those with compromised immune systems are more likely to suffer from complications of measles. The MMR vaccine protects against measles, mumps, and rubella, with the CDC recommending the first dose of the vaccine being given to children between 12 and 15 months, and then a second dose again between ages 4 and 6.

MEASLES CASES IN US HIGHEST SINCE 1992, CDC SAYS

In response, an Orthodox Jewish Vaccination Task Force published their own pamphlet called PIE to debunk all the false claims made by PEACH. The New York City Department of Health also published posters and handouts, as well as made thousands of robocalls about the safety and benefits of vaccines.

April had marked the highest month for measles cases in the U.S., with officials recording 342 confirmed cases. There were only six cases reported in September, and as of Oct. 3, health officials in New York declared that 42 days had passed since any new measles cases in Rockland County were reported.

“Measles is still common in many parts of the world, and unvaccinated people who travel internationally can be at risk. The MMR vaccination is the safest and most effective way to prevent measles,” the health department said. “We will remain vigilant in protecting all New Yorkers from measles and other dangerous vaccine-preventable diseases.”