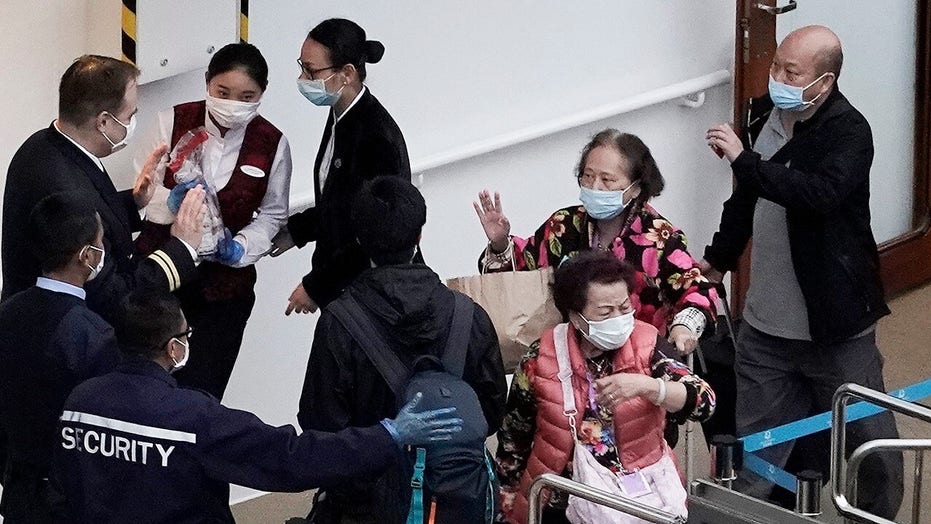 A Canadian citizen said she needs “to stay strong” as her toddler daughter remains stuck in China near the epicenter of the coronavirus outbreak after traveling with her father to visit her dying grandfather, who later tested positive for the illness.

Amelia Pan told Reuters that 2-year-old Cerena is currently being cared for by a cousin and a rotating group of friends in a hospital after several relatives, including her father, tested positive for the virus.

Pan said it started with a phone call in mid-January from her sister-in-law, who informed them that her father-in-law was suffering from complications of cancer. She said her husband, Wei Ye, booked a flight for himself and Cerena, as the seriousness of the coronavirus was not yet known.

“At the time, the virus situation wasn’t that bad,” Pan told CBC News. “We heard of stories but we didn’t know it could be so dangerous – so deadly.”

Wei Ye and his 2-year-old daughter Cerena who is stranded in China's Hubei province are seen in this undated handout photo.  (Courtesy of Amelia Pan/Handout via REUTERS)

For weeks the local government had maintained that the number of cases remained steady at 41 and that it was tied to a food market. Since then, it's ballooned to over 40,600 cases with at least 908 deaths.

By Jan. 26, Pan said she learned that her father-in-law tested positive for coronavirus, and days later she learned that both her mother-in-law and Ye had contracted the illness and were hospitalized. At that time, she told Reuters that Cerena was being cared for by a neighbor, but when she also developed a fever she was taken to the hospital.

She told CBC News that she’s afraid to check her phone each morning out of fear of bad news concerning her family.

“I try not to talk to her too often because I might break down like this,” she told the news outlet. “I don’t want to affect her in any way, she’s just too little.”

Pan said tests on Cerena for coronavirus have so far come back negative.

“My daughter is less than 3, and is still wearing diapers, she cannot take care of herself, she needs a lot of help from adults,” Pan told Reuters.

Pan said that her father-in-law has since died and that she has been in touch with Canadian authorities about getting Cerena on an evacuation flight.

“I am just hanging in there,” Pan told Reuters. “I need to stay strong so I can fight for my family.”

It was not immediately clear what the status of Ye, or his mother, was. Canada has confirmed six cases of the coronavirus and has already chartered one flight full of evacuees from China back to the country. About 174 Canadians arrived on that flight on Friday, where they were taken to a military base to begin a 14-day quarantine.

Pan told CBC News that her daughter had been cleared to be on that flight, but once she developed a fever she was considered at-risk and was removed from the passenger list.

On Monday, a team of medical experts from the World Health Organization arrived in China to help investigate the outbreak. WHO chief Tedros Adhanom Ghebryesus said it took about two weeks for the Chinese government to approve the team's arrival.