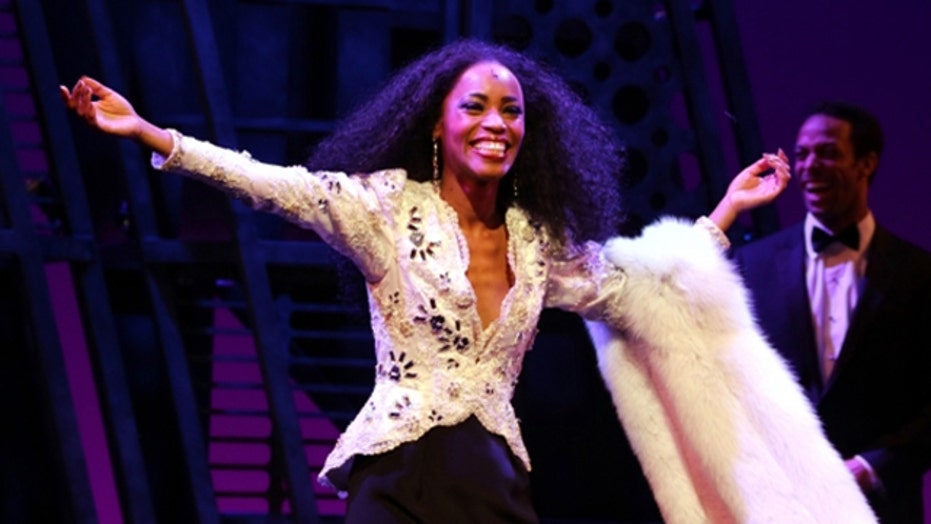 Valisia LeKae is well known for portraying Diana Ross in the hit Broadway show, “Motown: The Musical.” But now the Tony Award nominee is facing a new role as an ovarian cancer patient

Valisia LeKae is best known for her performance as Diana Ross in the hit Broadway show “Motown: The Musical.” But now the Tony Award nominee is facing a new role – ovarian cancer patient.

In November 2013, routine checkups found that LeKae needed surgery to remove an 8-cm ovarian cyst (about the size of a large orange) that was at risk of rupturing.

After surgery the healthy 34-year-old looked forward to a speedy return to the stage. But 10 days later, she got an unexpected call from her doctor.

Her doctor told her he was calling because her pathology report came back positive for clear cell carcinoma. “I was like, ‘Well what is that?’ And he said, ‘Well you have ovarian cancer,’" LeKae said.

"Even though all the biopsies and everything I did were normal, negative for cancer, there still can be microscopic cancer cells,” Fishman said. “That’s why she specifically is receiving chemotherapy. Because her specific cancer is very aggressive. And you want to ensure to the best of your ability that the cancer cells that are surviving have been killed. "

Ovarian cancer is the fourth leading cause of death in American women. Approximately 22,000 women are diagnosed annually and 14,000 die from the disease. Fishman is director of the Ovarian Cancer Early Detection Program at Mount Sinai Hospital, one of the country’s most comprehensive programs for the research and detection of ovarian cancer. He said the biggest problem is finding the tools to detect ovarian cancer before it gets to an advanced, incurable stage. The Mount Sinai program uses genetic testing to help determine those most at risk.

“What we're really trying to do is use known human genetics to identify women at risk, and then intervene by conducting preventative measures, which is most commonly a preventative surgery,” he said.

Based on evidence from surgery and testing, Fishman and LeKae made the decision for her to undergo a unilateral salpingo-oophorectomy, removing only the right ovary and fallopian tube in order to preserve her fertility.

With her treatment plan in place, the next step was both professional and personal, telling her friends and family about her diagnosis.

In addition to surgery and chemotherapy, LeKae is taking control of her health by switching to a vegan diet.

“Since I knew I was going to be stepping away from everything and focusing 100 percent on it, I wanted to do everything I could on my end to just say, ‘OK I've given it the fight of my life, and the results will show,’” she said.

With one chemotherapy treatment down and five to go, LeKae says she feels great and her body is reacting well to the medicine. She is taking a leave of absence from Broadway to sing a new tune – one that raises ovarian cancer awareness.

"If I had been even a little passive about my health, I don't know if we would have caught it early enough,” she said. “So it’s been my mission to just speak out about it, to tell women to go and just see your doctors, get your checkup."

"Ovarian cancer doesn't play by any rules, it's an equal opportunity destroyer,” Fishman said. “We don’t have a good clue of why people develop this disease. That is why the whole key, in my opinion, is, if we can identify people at risk, and really understand what we’re doing, maybe we can understand the process, then we can prevent the disease.”

Ovarian cancer has a 90 percent survival rate with early detection, and Fishman says he is very optimistic about LeKae’s prognosis.

As for LeKae herself, she's already making plans for her big comeback.

"I’ll be fearless and courageous and just sort of live every day like it's the last, celebrating even more because I have something to live for."