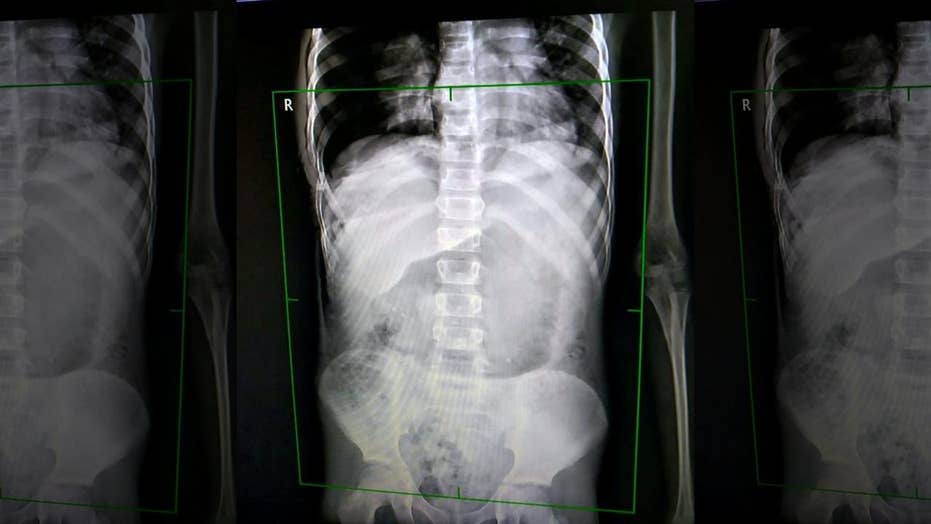 WARNING: GRAPHIC VIDEO: A young boy was impaled by a tree branch, but managed to walk his sister by hand back home before collapsing.

A plum picking expedition nearly ended in tragedy for an 8-year-old boy who was impaled through the chest by a tree branch, which reportedly missed his heart by mere millimeters. Suresh Sakaram, of Pati, India, reportedly lost his footing while climbing a plum tree on Wednesday and fell onto a branch below, according to SWNS.

TODDLER WHO DIED AFTER DENTAL PROCEDURE WAS HOOKED UP TO EMPTY OXYGEN TANK AS STAFF MUTED ALARM: LAWSUIT

The tree branch, which measured 52-centimeters, went straight through his chest and out of his back. The fall broke several of the boy’s ribs and injured his lung, SWNS reported. However, despite his severe injuries, the boy allegedly managed to stand up and walk his 6-year-old sister hand back to their house before he collapsed.

The branch reportedly missed the boy's heart by millimeters.  (SWNS)

He was then rushed to a hospital in Indore, where he underwent surgery and is reported to be “out of danger,” according to SWNS.

“Surgery of this child was challenging because the sharp wood stick was penetrating near vital organs, heart lungs and liver,” Dr. Sashi Shankar Sharma, a pediatric surgeon, told SWNS. “Only part of right lung and rib cage were harmed and were successfully repaired.”

Sharma told the news outlet that Suresh is “doing well.”