Smokers say that extra vacation time would be a great incentive to get them to give up cigarettes. (Juanmonino)

Increasingly in the U.S., disputes between neighbors are becoming matters of smokers versus non-smokers.

One recent example: Smoking was banned in a Minnesota condo building last year -- until smokers took control of the board earlier this year and voted to overturn the ban.

The issue has pitted neighbor against neighbor in the Gallery Tower, a 40-year-old condo in St. Paul, the Star Tribune of Minneapolis reported.

“We’re divided into parties now, and it’s so emotional,” said Bianca Fazio, a nonsmoker who has lived in the building since 2000, told the newspaper.

“We’re divided into parties now, and it’s so emotional.”

“At the crux of this is basically a homeowners’ rights issue,” countered smoker Marge Romero, who’s lived at Gallery Tower for 19 years.

“You ought to be able to live your life in the confines of your own home,” said Romero, who was elected to the building's board in January.

“At the crux of this is basically a homeowners’ rights issue. You ought to be able to live your life in the confines of your own home.”

— Marge Romero, smoker elected to board of condo building

Nonsmokers say secondhand smoke is destroying their quality of life, while smokers see their home as the “last place they’re allowed to puff,” the report said.

Last summer, the Gallery Tower board voted for a smoking ban to take effect in April of this year. But those opposing the ban were elected in January and voted to rescind it in February.

“It’s stunning to me that there’s a public vote to go smoking, in this day and age,” condo resident Jeff Tentinger told the Star Tribune.

Kara Skahen is program director of Live Smoke Free, an organization that advocates for smoke-free housing. She told the Star Tribune that more multifamily buildings in Minnesota are going smoke-free.

In 2010, her program found 50 nonsmoking apartment buildings in Minnesota, but the number has since grown to more than 3,200, she told the paper.

Other cities in the U.S. are also going smoke-free.

"In these apartments, the walls are so thin, if my neighbors are smoking cigarettes I can smell it into my apartment," building resident Marjorie Mackson, who supports the ban, told the station.

"In these apartments, the walls are so thin, if my neighbors are smoking cigarettes I can smell it into my apartment."

In Canton, Ga., the city council voted in June to make smoking illegal on any city property, sidewalk or street, WGCL-TV reported.

When Iowa passed its controversial Smokefree Air Act in 2008, it saw an immediate payoff as the state's percentage of smokers fell from 19 percent to 14 percent a year later, KWWL-TV reported. 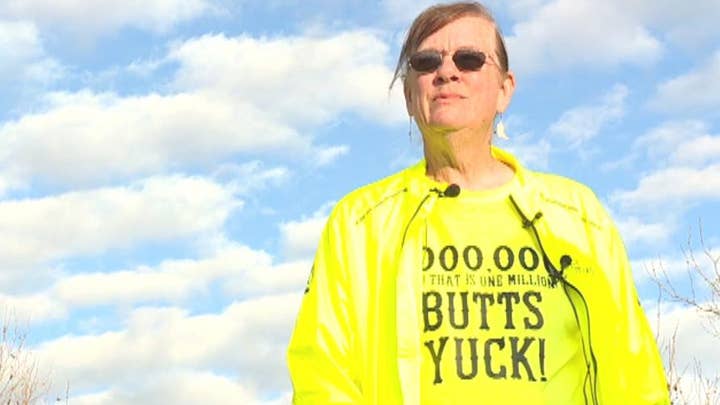 But by 2016, the percentage of Iowans who smoke was up to 20 percent, the report said.

Some anti-smoking efforts outside the U.S. may be even more agressive, according to reports.

Singapore, for example, plans to deploy surveillance cameras that can detect illegal smoking and capture images of the offender, the Straits Times reported Tuesday, citing the country’s National Environment Agency.

In Sweden, smoke detectors inside a billboard prompt a man in a video ad to begin coughing loudly whenever a smoker walks by, the report said.