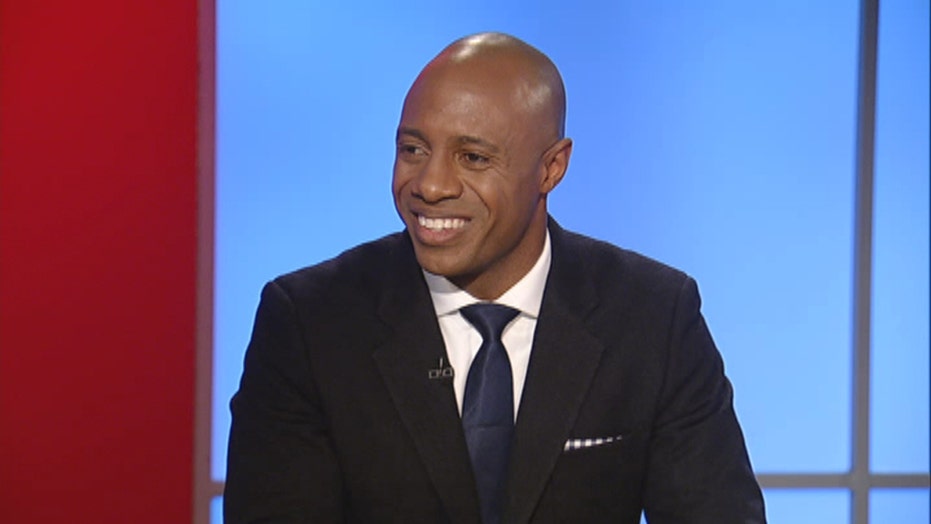 Jay Williams was considered the best college basketball player to come out of Duke University. But his dreams of NBA success all came to an end when he suffered a near-fatal motorcycle accident. Williams sits down with Dr. Manny to talk about his inspirational life story chronicled in his book, “Life Is Not An Accident: A Memoir of Reinvention”

In 2002, Jay Williams was on the way to professional basketball stardom, heading to the Chicago Bulls as the second overall pick in the NBA draft after leading Duke University to the 2001 NCAA national championship.

But his dreams of NBA success came to an end when he suffered a near-fatal motorcycle accident. He went through years of rehab and comeback attempts that ultimately gave way to drug addiction and suicide attempts.

Dr. Manny Alvarez, senior managing health editor of FoxNews.com, recently sat down with Williams, now a sports analyst for ESPN, to talk about his new book, “Life Is Not An Accident: A Memoir of Reinvention.”

In June 2003, Williams slammed his powerful Yamaha R6 into a street light at an intersection in Chicago. He severed the femoral artery in his left leg, cracked his sacrum, dislocated his knee, and severed his peroneal nerve, causing a gait abnormality called foot drop. But a more worrisome injury he sustained was on his pubic symphysis, a small fibrocartilaginous disc located above the penis that connects the right and left pubic bones.

“I severed my pubic symphysis about 13 inches, very similar to when a lady has a child,” Williams told FoxNews.com. “The most debilitating injury was me having nerve damage in my pelvis area, because you know it took a year and a half for me to get an erection again and that was humbling more than anything— the chances of me having a kid were slim at that time.”

Between the physical and psychological pain he suffered daily, Williams started depending on painkillers to get him through some of his darkest times.

“Eventually what OxyContin helped me with was just mentally facing people,” Williams said. “Still to this day, there’s not one day that goes by where somebody doesn’t say to me, ‘Oh yeah, you’re that guy, you threw away your career in a wreck right?’ or fans are like, ‘Ah man you killed us man, you killed us Bulls fans.’ So people reminded me of the worst day of my life and OxyContin for me throughout that time was a way for me to escape that–- numb them out and blur the conversation.”

About four years after the accident Williams was back on the court and met with six different NBA teams in tryout-style workouts. The New Jersey Nets decided to give him a shot with a non-guaranteed contract. Although Williams had developed a different set of ball skills during his recovery process, he never felt as fast as his younger counterparts.

“It was humbling to have to change not only my offensive game, but the way I played defense too. My legs often felt as if they weighed 8,000 pounds. My body was tired, and it showed,” he wrote in the book.

Williams played six preseason games with the Nets before they let him go. His last option to keep his professional basketball career alive was to play in the NBA Development League with the Austin Toros. It wasn’t long before he found himself on the sidelines again when he tore a hamstring and severely pulled his groin in the middle of a game. The Toros waived him and Williams finally stopped playing the game he had loved all his life.

"I was obsessed with fighting my way back, but in the process I never took a second to see what I was fighting for.”

“[Basketball] was no longer my safe haven but more like my prison. I was obsessed with fighting my way back, but in the process I never took a second to see what I was fighting for,” he described in the book.

After an unfulfilling stint as a sports agent— an occupation that led him to a lifestyle of more alcohol and drug abuse— Williams said he hit rock bottom and tried to end his life by drug overdose.

“After my second suicide attempt, I decided to make a board. I started soliciting people and asking them for their advice, asking them to be brutally candid with me, [to] tell me about some of the flaws I had and they were upfront. And we started working on things and I just started to fight to pick myself back up,” Williams said. “I think that’s the mentality I also have from the court because I’m extremely competitive, and I was able to translate that into the bigger game, which is the game of life.”

Whether it’s a motorcycle accident, a death of a loved one or a lost job, everyone goes through some sort of accident in their life, but they don’t have to define you, Williams said.

"Live life for what today can bring and not what yesterday has taken away.”

“It’s how you deal with that adversity that will determine who you will become,” Williams wrote. “The past should be left in the past or it can steal your future. Live life for what today can bring and not what yesterday has taken away.”