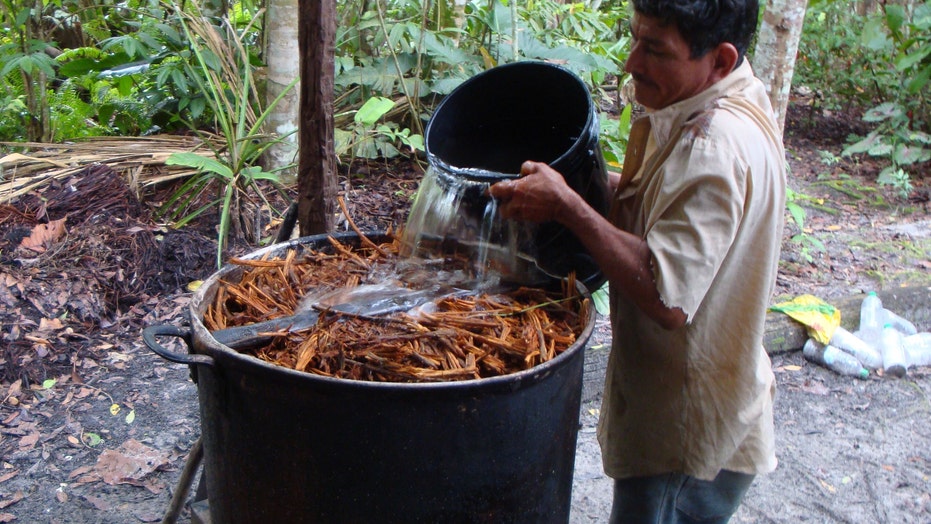 Is Ayahuasca a healing treatment?

For years Chris Kilham, The Medicine Hunter, has told us about the best natural remedies for what ails you. He’s written a new book called “The Ayahuasca Test Pilots Handbook” all about the unusual plant-based treatment

Dr. Adele Lafrance, a professor at Laurentian University, and her colleagues conducted a study that found ayahuasca, an ancient Amazonian psychedelic drink, has potential to help people defeat eating disorders, Psy Post reported. The study was published in the Journal of Psychoactive Drugs.

“I was a psychologist working in eating disorders and colleagues and I were witnessing first-hand the drop-out rates, the relapse rates, even deaths when I watched a documentary on ayahuasca in the context of addictions,” Lafrance told Psy Post.

“It featured a prominent physician from Canada and so right then I started to ask questions about its potential for other treatment-resistant disorders such as eating disorders,” she said.

Ayahuasca comes from a vine called Banisteriopsis caapi and is typically mixed with other plants. People who consume the drink experience visions and ideations, the study reported. The concoction is illegal in North America.

The researchers tested 16 North Americans who have been diagnosed with either anorexia nervosa or bulimia nervosa, and observed their reaction to the brew.

The researchers noted that 11 of the 16 patients claimed ayahuasca decreased their thoughts on their eating disorders. About eight of the contributors said the brew reduced their depression, suicidality, anxiety and self harm, the report stated.

“I saw myself as a rotting, decaying skeleton and then I saw myself as this beautiful full-bodied, just beautiful woman with this long hair, and I, like, I wanted to be that woman," one participant said, according to the report. "I wanted to be that full, loving woman that has so much to offer my family and world. It was, and then I felt my ribs and I could feel them, they were so hollow and I was just, I was like, I can’t wait to get back and just start gaining some weight."

The study concluded that consuming ayahuasca could be an alternative treatment for eating disorders, but cautioned that more research is needed.

“This research is in its infancy,” Lafrance said. “The use of ayahuasca in North America is not legal. It may also be inappropriate for some people based on their medical status or history. That said, our study does point to the need for more research, including fewer restrictions in order to conduct such research.”

The researchers said they hoped their research would bring support for more research into this brew.

“We have much to learn from indigenous medicines,” Lafrance said. “I, for one, didn’t learn anything at all about the potential value of such medicines, or any other psychedelics until very recently and so we need to look at these substances in a very serious, scientific way to perhaps bring new treatment options to those who don’t respond to conventional healing modalities.”