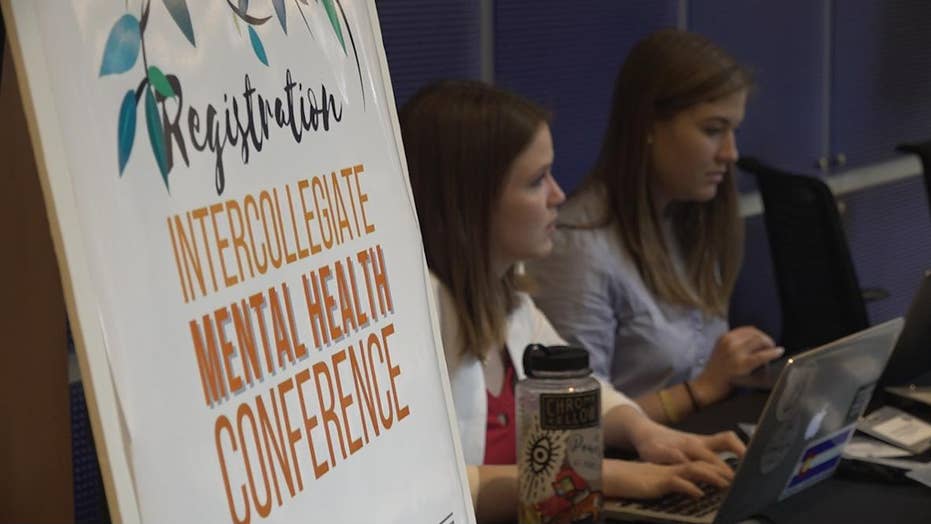 College students are banding together in the first Intercollegiate Mental Health Conference to combat the rising suicide rate.

“Well, he died in our home,” he said. “He took his life in his bedroom in the wee hours of the morning on Oct. 15, which was Friday morning.”

Even eight years later, that moment of realization remains vividly clear for Trautwein. He recalled feeling utter shock that his athletic, handsome, popular teenaged-son Will, had been severely depressed.

Since then, suicide rates have continued to climb in the U.S. – it is now the second leading cause of death among people ages 10-34, according to the Centers for Disease Control and Prevention (CDC).

Communities across the country are gripped by the issue, including Georgia Tech, after two students took their lives in the same week in 2018.

“Why don’t we share what we’ve already done, and sort of collaborate and coordinate on these efforts to barriers that exist on every college campus?” Spencer asked. After all, he said, “Mental health is one of the most pressing issues for adolescents in the country right now.”

Students from various universities floated ideas such as offering self-care kits during finals, a Wellness Week featuring discussions about responsible social media use, and training for how to spot when someone’s mental health may be wavering.

Spencer’s initiative, held over the weekend, gained the applause of many mental health advocates, such as Dr. Nance Roy. She said peer-to-peer is one of the most effective methods of education.

“What’s exciting about [the conference] is it’s coming from students,” Roy, who is the clinical director at The Jed Foundation (JED), told Fox News. “And when you have a student voice, it’s incredibly powerful.”

Roy was one of several experts that fielded questions from students on mental health apps, funding, resources for schools and the latest research.

Experts point to a constellation of factors that can cause depression and suicide.

“Mental health conditions are often seen as the cause of suicide, but suicide is rarely caused by any single factor,” according to the CDC's website, which also lists issues associated with relationships, substance use, physical health and job, money, legal, or housing stress as influencers.

But there’s one thing in particular students and experts at the conference called into question: the drastic increase of social media use.

“It’s one of the things that has changed the most, so we have to look at it carefully,” said John MacPhee, CEO of The Jed Foundation, a non-profit that partners with high schools and colleges to improve student mental health.

But MacPhee made a point to acknowledge the difficulty in isolating one variable for such a complex issue.

Common Sense, an independent non-profit focused on kids in the age of technology, reported in 2018, 70 percent of teens use social media multiple times a day – a 36 percent jump from 2012.

These types of statistics jumpstarted nicknames like “screenagers” and psychologist Dr. Jean Twenge’s phrase, “iGen,” referring to kids who don’t remember a time before the Internet, born between 1995 and 2012.

“It’s not an exaggeration to describe iGen as being on the brink of the worst mental-health crisis in decades,” Twenge wrote in an article for The Atlantic. “Much of this deterioration can be traced to their phones.”

Roy agreed with the dangers of social media but is optimistic about capitalizing on its best qualities. She said the key to sparking change lies in educating young people on responsible social media use.

“They’re the users, they’re the ones that know it best,” Roy said, referring to the college students, “and so to be able to have a responsible discourse about how can we use social media for good with each other, the people who are using it and are in the weeds with it the most, is probably going to be the most effective.”

Trautwein, who also raises awareness about mental health in honor of his son, was thrilled to hear about student-led initiatives.

“Think of what that’s going to do to the future when these kids become adults and become leaders in their community,” he said.

Another parent who lost a child to suicide, Michael Zibilich, echoed that praise. He said raising awareness is vitally important, in particular when it comes from the mouths of vulnerable populations.

“It’s so important to be not just talked to, but to have them speak,” Zibilich said.