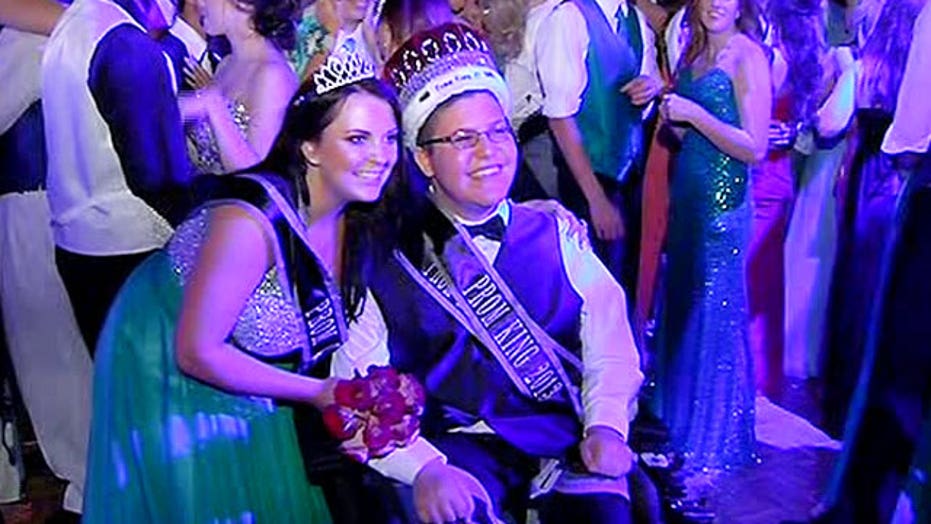 At one Arizona school, picking a prom king was extra special for the students, FOX 10 reported.

Included in the prom royalty at Pinnacle High School was a young man battling a debilitating disease.

His name is Brandon Wechsler, and he's battling Duchenne Muscular Dystrophy, but he has a smile on his face and an entire school supporting him.

He sat in the middle of the dance floor and savored one of the sweetest moments of his senior year.

"I just wanted to have a lot of fun with my friends and dance and go out with a bang," Wechsler said.

Duchenne Muscular Dystrophy took Wechsler's ability to walk at just 10-years-old.  He's survived six back surgeries and knows that most people with his disease don't live past the age of 25.

"It hasn't been easy, but I have a positive attitude on life," he said. "I look at other people and they have it worse. I'm lucky to be alive."

It's that spirit and the constant smile on his face that's made him the most popular kid on campus.

As the crown was placed on his head, Wechsler flashed his signature smile.

"Doesn't get much better than that," he said.

Friends swayed from side-to-side as they watched the young man who's inspired them for the past four years dance with his queen.

Wechsler hopes his new title will help prove that a positive attitude is more powerful than his disease.

"I want people to know that kids in wheelchairs can do things that other people can do," Wechsler said.