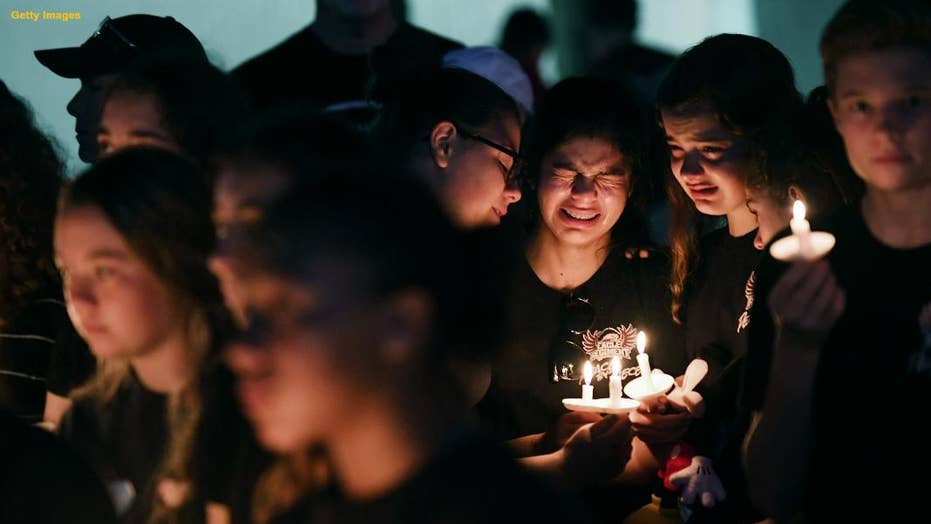 After two survivors of the Parkland shooting and the parent of a child who was killed in the Newtown, Conn. massacre, committed suicide, many experts are saying more attention needs to be put on those who suffer from survivor’s guilt. Psychotherapist Edy Nathan sits down with Fox News’ Dr. Manny Alvarez to discuss this phenomenon and the help that’s needed to treat survivors of traumatic events.

Recently, headlines have covered the tragic loss of two survivors from the 2018 shooting at Marjory Stoneman Douglas High School (MSD) in Florida, and the father of a victim of the 2012 Sandy Hook Elementary school shooting in Connecticut, who all took their own lives.

Psychologists say those who have lived through horrific tragedies may deal with mental health effects long after the event, and the symptom is called “survivor’s guilt.” The phenomenon can leave many survivors obsessed with the question “why didn't it happen to me?” and a level of self-guilt for surviving and not knowing what to do with the life they have in the aftermath of such tragedies.

“Survivor's guilt is a combination of traumatic experience of guilt of loss and grief,” Edy Nathan, a psychotherapist and author of "It’s Grief: The Dance of Self-Discovery Through Trauma and Loss," told Fox News. “And then along with that comes complicated grief and the combination of a PTSD (Post-traumatic stress disorder) response.”

Nathan said survivor's guilt and PTSD are a dreadful combination that often don’t get treated properly.

“Oftentimes what we see in someone who's dealing with survivor's guilt is that there is often a history of depression or anxiety or previous trauma,” Nathan said. “And if the previous trauma wasn't dealt with or they didn't get some help around it, oftentimes when they are then experiencing surviving a mass shooting or having a friend who died in a mass shooting there is a greater chance that survivor's guilt will occur.”

Sydney Aiello, 19, took her own life in March. She had survived the Feb. 14, 2018, shooting in Parkland, in which 17 others were killed, including her close friend Meadow Pollack.

Aiello’s mother said her daughter struggled with survivor’s guilt and was recently diagnosed with PTSD.

Months before the teen committed suicide, she posted a message about Robin Williams, Kate Spade and Anthony Bourdain, celebrities who took their own lives in recent years. The post said, “sometimes you need to check on those who seem the strongest.”

Grief counselors, as well as therapy animals, were on the MDS campus to help students ease back into their school routines, but Nathan said usually that is not enough.

“Oftentimes the help lasts about six months. And it is often at that six-month period that the feelings start to emerge because when we're first in that shock and numb phase of grief the feelings haven't really emerged,” Nathan said. “So at six months, at a year, [and] anniversaries are really important…that's when we've got to look for the signs of survivor's guilt or PTSD or complicated grief.”

Nathan said some of the signs that parents, teachers, and even therapists need to look out for if they're dealing with young teens who have experienced a traumatic event like a mass shooting include:

-Poor concentration at work or school

“And you need to listen carefully and we are often so much in our devices that we're really not taking the time to listen, we need to listen on so many different levels,” Nathan said.

One of the best things people who are suffering from survivor’s guilt can do is try and reduce the stress in their lives, Nathan said.

“What happens when someone is going through a PTSD response and a survivor's guilt response is their cortisol levels are very high,” she said. “When a cortisol level gets high it means that the stress levels are high, so what we need to do is reduce the stress.”

Nathan said other treatment options for survivor’s guilt in young adults can include cognitive behavioral therapy and medications, but paying attention to your kids and their needs is number one because “if you ask them how they’re doing, the response you’re going to get is ‘fine, I’m fine.’”

“But if you say you know, ‘Come on we're going to go for a ride,’ or ‘Let's go for a walk’ or ‘Let's do some exercise’...that can help someone work through this.”