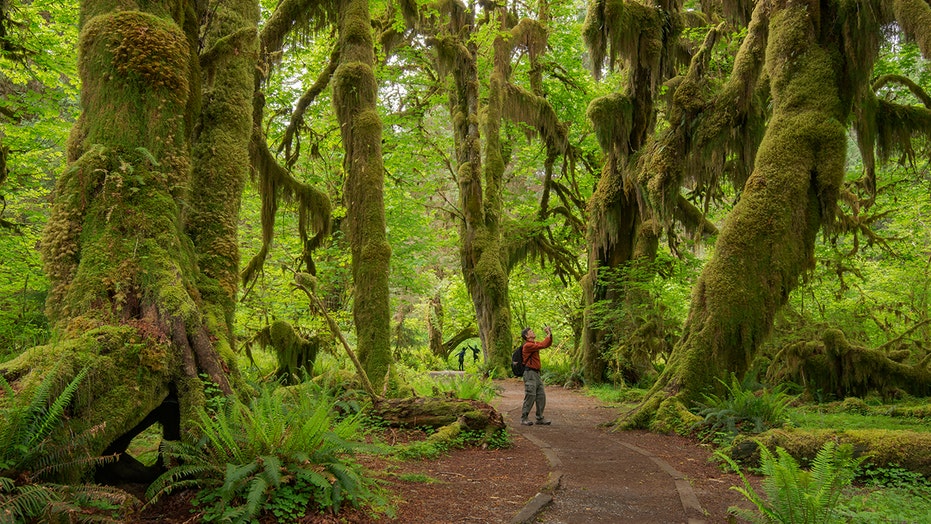 Don’t go yelling “timber” beyond the limits of the law.

Two men face years behind bars and hefty fines related to the 3,300-acre wildfire in Washington that they are accused of starting while allegedly trying to steal wood from a “rare and valuable” maple tree in Olympic National Forest last year. The blaze ravished almost 5.2 square miles of land and cost $4.5 million to extinguish.

Two men have been indicted for allegedly starting a 3,300-acre wildfire in Washington while trying to steal wood from a “rare and valuable” maple tree in Olympic National Forest last year, in a blaze that ravished almost 5.2 square miles of land and cost $4.5 million to extinguish.  (Getty Images)

An indictment was unsealed on Sept. 30 detailing that Justin Wilke and Shawn Williams went into the Olympic National Forest to illegally fell wood from big leaf maple trees in August 2018, taking particular interest in a “rare and valuable” tree, The Guardian reports. Their desired conquest had a catch, however – its branches were home to a beehive.

Undeterred, Wilke and Williams reportedly tried to burn the nest with gasoline, and then unsuccessfully attempted to douse the flames with their water bottles.

The blaze spread into a 3,300-acre forest fire that ravaged almost 5.2 square miles of land and cost the government $4.5 million to extinguish, according to a news release from the Department of Justice (DOJ.) What is now known as “The Maple Fire” was not completely extinguished until November of last year.

According to the release, the men had previously gotten away with selling “thousands of dollars” worth of maple wood, which is extremely valuable for making furniture and musical instruments given its distinct pattern.

Wilkes has since been arrested in relation to the accusations, while Williams was in custody in California, according to the Associated Press.

An image of an old maple tree covered with moss in the Hoh River rainforest in the Olympic National Park in Washington. (Getty Images)

In a larger sense, Susan Garner, a spokesperson for the Olympic National Forest, said that tree theft has become an issue for the Washington woodlands and other national forests across America.

“We just don’t have enough law enforcement officers out there, and many of our roads are remote,” Garner told the Guardian. “It’s a problem, I think, probably on every national forest.”

Over a year later, some of the charred lands where the Maple Fire blew through remain closed to the public due to continued safety concerns, Garner said. Though greenery has begun to bloom again in some places, many sections have not yet shown signs of recovery.