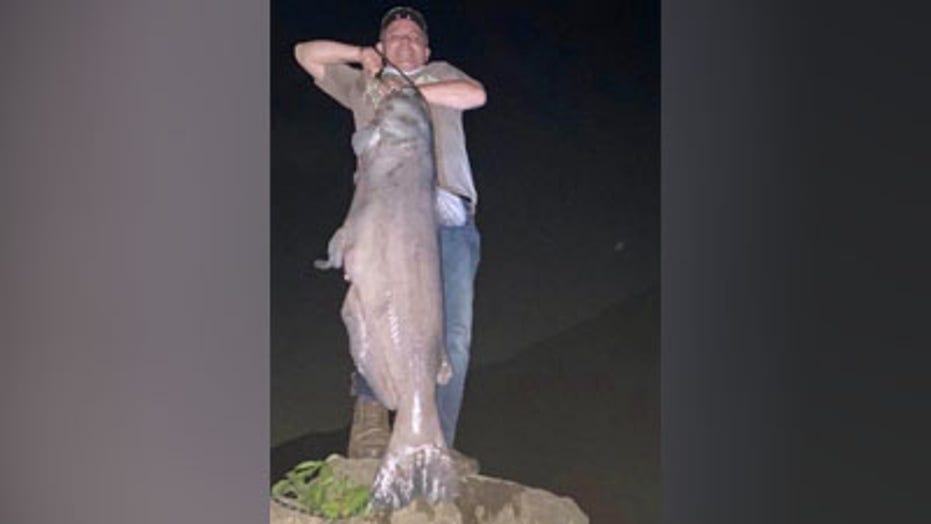 This is why you should never turn down an invitation to go fishing.

A Tennessee man recently pulled in a 103-pound catfish on a fishing trip. Unfortunately, he was forced to celebrate alone because none of his friends accepted his invitation.

David Anderson went fishing late last Saturday, according to a post on the Tennessee Wildlife Resources Agency’s Facebook page. According to the post, he didn’t have work the following day and likes to go fishing after boating activity calms down. He asked several friends to come with him, but they all declined.

So, none of them were there when Anderson reeled in a 103-pound blue catfish.

BORED OF INDOORS? THESE ARE THE BEST OUTDOOR ACTIVIITES FOR SOCIAL DISTANCING

Anderson says he first hooked the fish around 11:45 p.m., but it took him over an hour to bring the beast in. After getting the fish into shallow water, Anderson finally caught a glimpse of it.

“I saw it roll and I saw the tail fan,” he said. “I was in disbelief. I put the net under the fish, and it dropped its head and bent the net.”

He described the situation, “It was like I was walking a dog and then it would walk me!”

Anderson held onto the fish until a friend was able to bring out a certified scale for the TWRA. Weighing in at 103 pounds, the fish isn’t quite a state record (which is currently 112 pounds from a 1998 catch), but it’s still big enough for a fish tale.

It’s likely big enough for Anderson to convince his friends to join him at the water next time.