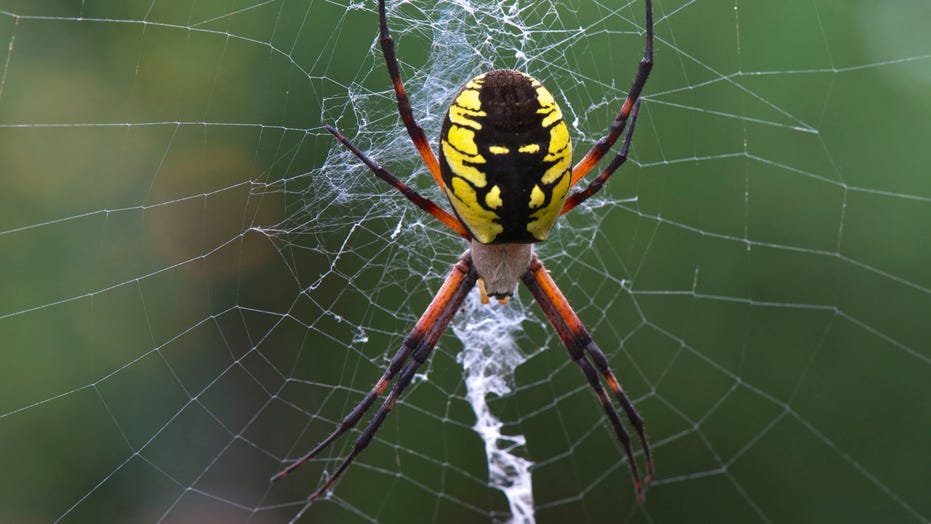 A woman in Texas discovered that she has a horrifying new housemate.

Photos and video of a spider sucking the blood out of a full-sized bat were posted to Facebook last week and have since gone viral. The shocking images show what appears to be a garden spider feasting on its dinner on the side of a house in Poteet.

Annette Alaniz Guajardo posted video and pictures of the shocking scene to Facebook. She captioned the video, “This morning on my way to work I saw this on the side of my house. I love the country.” The footage shows a bat trapped in a spider’s web, with the arachnid waiting nearby.

In another post, she updated her followers by saying that when she returned home from work, the bat was still trapped in the web, but was dead at this point.

According to Guajardo, she was pulling out of her house in her jeep when she noticed the scene, Fox 4 reports. “I got down off my jeep and started taking pictures,” she said. She then went inside and told her husband, who was apparently freaked out but said to just let nature take its course.

Guajardo said it looked like the spider was sucking the bat’s blood. When she got back from work, she claims the bat was dead and looked “like a prune.”

While the bat eventually disappeared, Guajardo claims the spider is still hanging around. Amazingly, she doesn’t seem all that upset by that.

“It’s not my Spider-Man, it’s my Spider-Woman,” Guajardo told Fox 4. She admitted that she wasn’t actually sure of its gender, although she would like to name it. If it’s a girl, she’ll go with Zoe, and if it’s a boy, she has a very appropriate name: Peter.