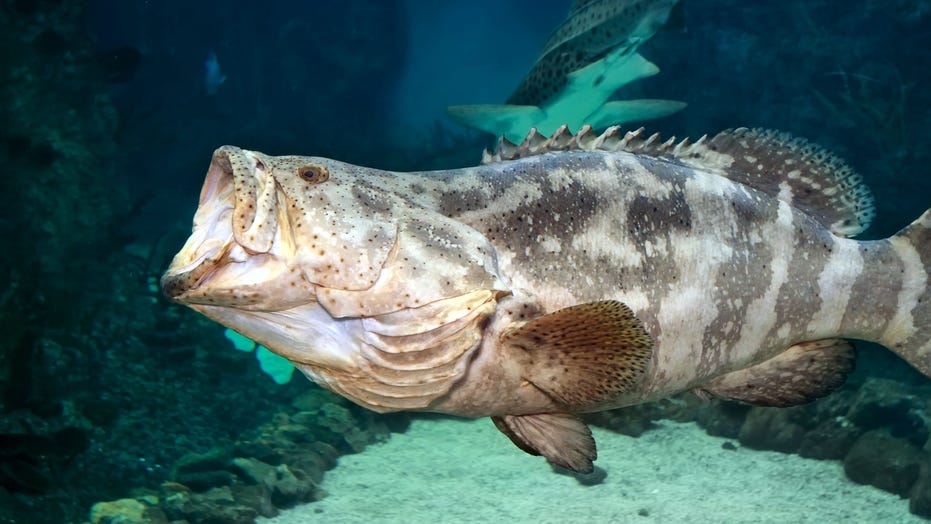 According to the Florida Fish and Wildlife Conservation Commission, this is “a big old fish.”

In late December, a fisherman caught a massive Warsaw-grouper near southwest Florida. Now, biologists from Florida’s Fish and Wildlife Research Institute have determined that this is one truly impressive catch.

The research institute posted about the fish to their Facebook page, where they revealed that this particular fish is the oldest specimen of its kind that they’ve studied. According to the post, samples obtained from catches this old and large are considered rare.

The caption for the photo, which shows the massive fish looming over the man who caught it, starts off with a somewhat obvious statement: “A big old fish!”

The post continues, “This 350-lb Warsaw grouper was caught by hook-and-line on December 29th 2019, off Southwest Florida in ~600 ft of water. Biologists from FWRI’s Age & Growth Lab estimated the age of this fish at 50 years old, making this the oldest sample collected for our aging program. Acquiring the otolith from this fish was extremely valuable as samples from larger and older fish are rare.”

According to the FWC’s website, otoliths are hard structures located behind the brain of bony fished and can be used in the detection of sound and gravitational forces. They’re also referred to as earstones.

“Warsaw are characterized by an elongated second dorsal spine,” the post continues. “They’re the only grouper with 10 dorsal spines; all others have 11. Although adults usually occur in depths of 180-1700 ft, juveniles are occasionally seen around jetties and shallow-water reefs in the northern Gulf.”

While the FWC appears to be excited about this particular catch, they don’t promote fishermen targeting these fish. According to them, the “status of the population in the Gulf is unknown.”