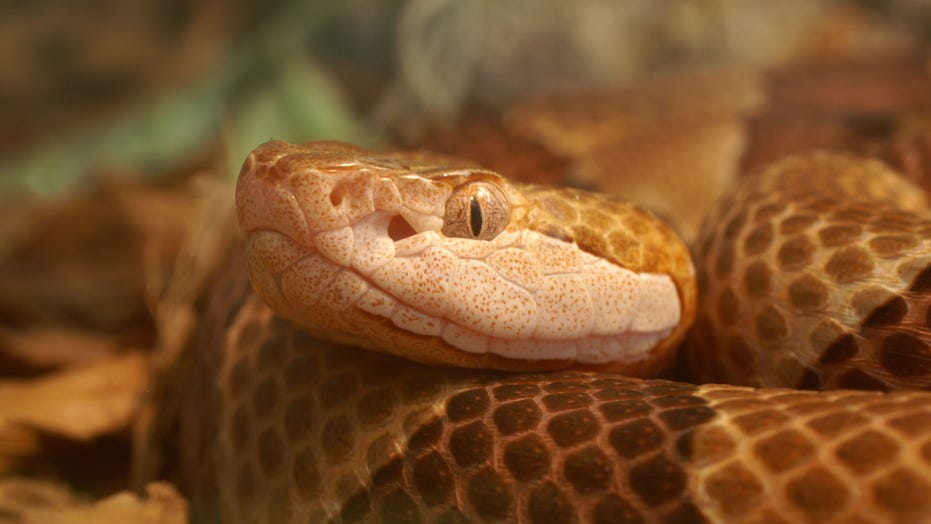 This hunter has had enough of snakes in trees.

One hunter is being called the “unluckiest guy in America” after jumping headfirst into a snake bite. Fortunately, he was able to get to a hospital quickly enough to receive treatment for the poisonous bite.

Tyler Hardy was returning his dog pack to his truck on Wednesday after a hunting trip in Mississippi, the Clarion Ledger reports. After encountering a flooded ditch, he found a place where he could jump across, which is when he says he suddenly felt severe pain on the left side of his head.

“As soon as it hit me I thought it was some sort of massive impact he struck me so hard,” Hardy told the news outlet. “I thought somebody had shot me or hit me with an ax. It knocked the fire out of me. I just could not believe the force the snake had when it hit me.”

When Hardy checked to see what hit him, he found the last thing he was expecting.

MISSISSIPPI HUNTER CORNERED BY 4-FOOT RATTLESNAKE HIDING IN DEER STAND: 'THERE WAS NO WAY TO GET AWAY'

"I backed up and shined my light to see what was in the tree and I saw the snake coiled up on a limb," Hardy said. "It struck at me again and fell out of the tree that time."

Fortunately, Hardy was with his hunting partner, Michael Kirkpatrick, at the time. The two were able to identify the snake as a copperhead while also loading the dogs and gear into the truck. Within only a few minutes, Hardy says he began to feel the effects of the snake’s venom, which he described as severe burning and swelling.

Hardy called his wife, a nurse practitioner, and a nearby emergency room, who were able to prep the necessary anti-venom. After being administered the medicine, Hardy was airlifted to the University of Mississippi Medical Center in Jackson.

He was reportedly released after a day of hospital care.

Herpetologist Terry Vandeventer spoke with the Clarion Ledger, saying that while it’s not uncommon for copperheads to climb trees in the warmer months, finding one in a tree during January is “unheard of.”

“I don’t doubt it went down the way it did,” Vandeventer said, “but in doing so it made him the unluckiest guy in America.”

Hardy theorized that the snake must have climbed the tree due to recent flash flooding in the area.