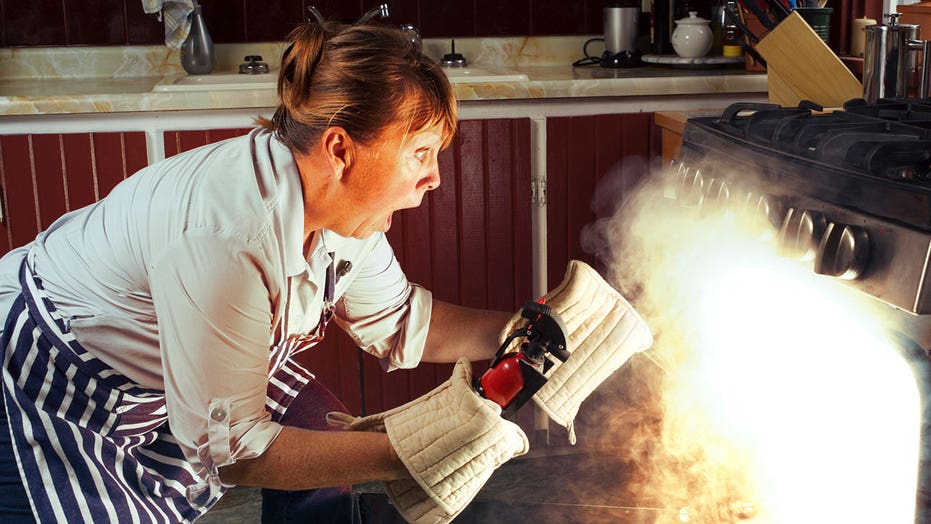 If you’re hosting Thanksgiving dinner this year, you can expect six things to go wildly wrong, according to new research.

A new survey of 2,000 Americans found that between cooking and preparing to serve their Thanksgiving meal, the average American says half a dozen things don’t go exactly as planned.

The odds say that the turkey — the centerpiece of the celebration — will be one of those screw-ups, as more than half (56 percent) of those surveyed say that cooking the turkey correctly is one of the hardest parts about hosting Thanksgiving dinner.

The survey, conducted by OnePoll on behalf of Omaha Steaks, revealed the most common "Thanksgiving fails" Americans face year in and year out.

While frequent mishaps range from spilling a dish to running out of wine, juggling the timing of the day was the biggest battle: Not getting any of the cooking done before dinnertime was the most common fail (with 31 percent claiming it often happens), followed by having to wait on a dish or two still cooking before finally diving in (29 percent).

And while those blunders are just some of the most common Thanksgiving Fails, the survey also asked each individual respondent for their worst Thanksgiving fail and mined some delightfully troublesome results.

One respondent said the worst Thanksgiving fail they ever encountered was that the food served was so bad that everybody stopped eating it after just one bite. Another respondent hosted a dinner party but completely forgot to invite their guests, so nobody wound up coming. Another respondent claimed that, one year, their turkey was stolen from the dinner table.

The study also revealed that Americans are not very enthusiastic about the cooking aspect that comes with America’s favorite gluttonous holiday.

The results showed that nearly 76 percent of Americans surveyed agreed that Thanksgiving would be a much more pleasurable event if all that pesky cooking was erased from the process – a perhaps unsurprising result when 31 percent reported spending 4 or 5 hours completing their shopping and another 4 to 5 hours preparing the meal.