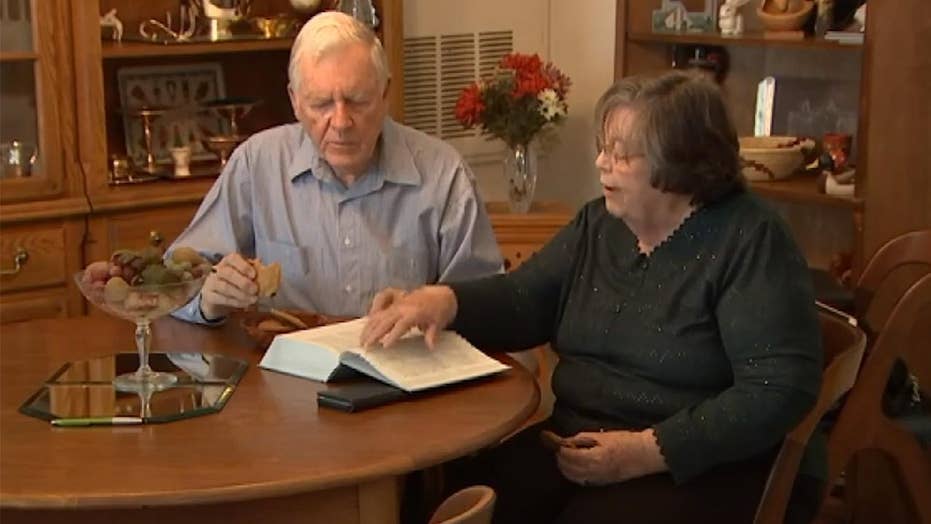 Retired pastor in Fredericksburg, Virginia sues Evergreens at Smith Run apartment complex after the management company refused to renew his lease and threatened eviction for holding a bible study.

An elderly Virginia couple has sued the owners of a senior living apartment complex, claiming they were kicked out for hosting weekly Bible study classes.

The federal lawsuit, filed in Richmond, Va., alleges housing discrimination against Community Realty, which manages the Evergreens at Smith Run complex in Fredericksburg.

Kenneth Hauge, a retired Lutheran minister, and his wife, Liv, said they hosted their classes in the complex's community room and were threatened with eviction if they did not stop.

"The management company's hostility to religious residents violates federal law and taints Virginia's long history of religious freedom," said Lea Patterson, associate counsel for First Liberty Institute, which filed the lawsuit. "We're asking the court to hold the management company accountable for violating the Hauges' right to exercise their faith in their home and to ensure no other residents have to suffer through what the Hauges have endured."

The couple, who had lived at the facility since 2017, claims management discriminated against them by first banning everyone from saying grace before their meal and then barring them from hosting the Bible study.

The couple, which had been residents of Evergreens at Smith Run in Fredericksburg since 2017, claim the management discriminated against them by first banning everyone from saying grace before their meal and then barring them from hosting a Bible study. (First Liberty Institute)

Community Realty cited complaints from other residents who alleged the couple, both in their 80s, had been harassing people and pressuring them to join the Bible study. The company did not immediately return phone calls from Fox News seeking comment.

CHURCHES SUE TEXAS CITY, ACCUSING IT OF TARGETING THEM WITH ‘ILLEGAL’ TAX

Hauge, in an interview with WTTG, a Fox affiliate in Washington, D.C., said it was all a big misunderstanding.

"This was a mixed group. Protestants of all stripes and Roman Catholics and I don't know who else. We didn't make that a point. It was open to anybody that wanted to participate and was welcome to do so," he said.

First Liberty said it had asked the U.S. Department of Housing and Urban Development to investigate whether Community Realty practiced religious discrimination.

Hauge said his wife tried to sort out the matter with the management company, but her efforts were futile.

“It seems to me so obvious why people should be free to express their basic convictions, their basic understanding of philosophical, theological, culturally without any limitations,” Kenneth Hauge said. “I believe we are guaranteed that right by law and I think that’s enough reason to stand our ground on it.”