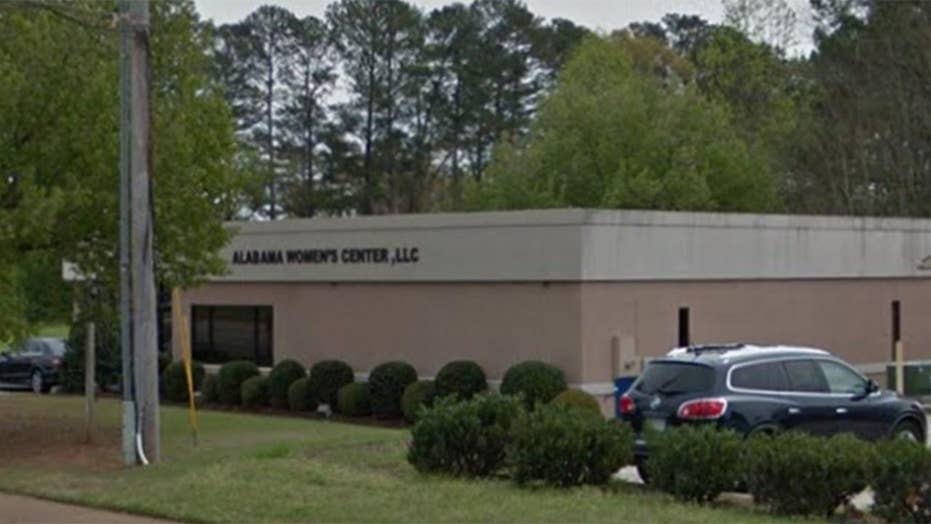 The lawyer of the Alabama man suing an abortion clinic for terminating the life of his unborn child against his wishes, says he wants anyone associated with the abortion to pay up.

"We are suing the clinic, the manufacturer of the pill, going after the doctor and going after any professional organization the doctor is affiliated with," attorney Brent Helms told Fox News on Thursday, adding that "if they are all held liable, it would put a dent on the profitability of abortions."

On Tuesday, an Alabama county court recognized the aborted fetus, "Baby Roe," as a plaintiff in the lawsuit, making the case one of the first of its kind.

"The truth is, no one has ever done this," Helms said. "The question is, why not?"

Helms' client Ryan Magers, 21, of Madison County, claims his girlfriend got a medicated abortion at the Alabama Women's Center for Reproductive Alternatives in Huntsville in February 2017 when she was six weeks pregnant.

Magers, who was 19 years old at the time, had pleaded with his girlfriend, who was16, not to get the abortion. She did so anyway, Helms said.

ABORTION SURVIVOR: SENATE DEMS ARE 'WILLING TO SACRIFICE LIVES LIKE MINE TO KEEP ABORTION ON DEMAND'

"A woman can go and she can have an abortion of convenience but there's nothing that protects the father," Helms said.

He added that although the pregnancy was an accident, Magers, "owned up to it" and eventually warmed to the idea of parenthood.

"He got excited about being dad" Helms said. "He started working double shifts..."

Helms, who is seeking monetary damages and a jury trial, says the ultimate goal is to increase the rights of would-be fathers and strip protections in place for women who are seeking abortions in Alabama.

"I'm here for the men who actually want to have their baby," he said. "I believe every child from conception is a baby and deserves to live."

The lawsuit, which Helms hopes will eventually make its way to the U.S. Supreme Court, has alarmed some pro-choice advocates.

Self-described feminist Mona Eltahawy tweeted, "This is the USA in the year 2019: a man AND a fetus are suing an abortion clinic. The woman? When the fetus becomes a person as per Alabama “personhood law,” a woman is rendered a walking incubator with less rights than a fetus and the man."