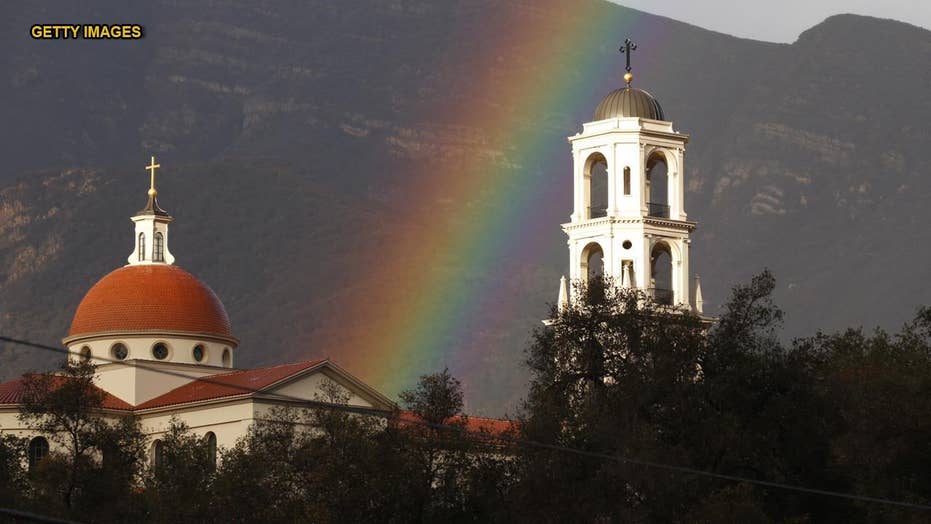 Are faith-based colleges and universities in the U.S. under attack?

Due to the more traditional views on sexuality and gender roles, many faith-based colleges and universities are seemingly under attack from outside political forces. According to Philanthropy Roundtable's Adam Kissel, secular forces are using the Federal Government to control what these institutes of higher learning are teaching. Adam Kissel joins us to discuss his expose cover story called 'Benefactors Beware.'

More than a thousand faith-based institutions of higher learning in the United States are coming under assault from political forces looking to shut them up or shut them down, because of their more traditional views on sexuality and gender roles, according to a recent report.

Schools like Gordon College in Wenham, Mass., Westminster Theological Seminary in Montgomery County, Penn., and Thomas Aquinas College in Santa Paula, Calif. have had their very existence threatened by secular forces who more or less use the federal government to attempt to take away their accreditation, force them to restructure their curriculum, or even make the school ineligible for certain student loans.

These revelations are spelled out in an article in Philanthropy magazine as part of a cover story called, “Benefactors Beware.”

According to Adam Kissel, who wrote the article, “For some years now, intolerance for religious education has been creeping into federal policy more broadly.”

Kissel is the director of civic and higher learning programs for philanthropy. He said, “The key thing is that religious colleges need equal treatment with secular colleges, and the accreditors are required by law and morality to respect the religious mission of the perspective college.”

But that’s not what’s been happening.

As an example, he said, “The office for civil rights in the education department maintained a list of shame simply for religious colleges who wanted to assert their religious identity and be exempt from certain Title IX regulations.”

Title IX is the federal law that bans sex discrimination in colleges. But it is being widely interpreted by many accreditation organizations to include sexual orientation. So if a religious school stands by its belief in traditional biblical standards of sexuality, it is in danger of losing its Title IX benefits.

Kissel says, under the Trump Administration, that list of shame is no longer maintained. The administration has also made other safeguards, particularly in the area of accreditation. Kissel says, “If you are getting failure of due process or hypocrisy from an accreditor where they're not respecting your religious mission,” you will be able “to change to someone who'll actually respect you.”

The problem though is that many schools still have to spend thousands of dollars on legal fees to mount a challenge to having their accreditation threatened. And they’re forced to do it because without accreditation, it’s the equivalent of a death knell.

Kissel says, “If you lose access to federal student aid, you pretty much are out of business.”

So the question still looming is, while the Trump administration has helped the faith-based college’s plight, has it only delayed a major show down between religious schools and secular forces?