A close up view of a man hands holding the Holy Bible, Worship Concept

A growing number of states are considering bringing the Bible back to the classroom.

Supporters say learning the basics of the Bible is an important part of American history -- and students should not be denied learning its tenets just because someone might be offended.

The laws being proposed do not make Bible classes mandatory, but they will be offered as electives.

"Yeah, there's a separation of church and state, but there's not a separation of books from education," North Dakota State Rep. Aaron McWilliams, who co-sponsored a Bible bill in his state, told Fox & Friends Monday morning. "If we don't have a good foundational understanding of this, we're not going to understand how the Founding Fathers of our country and other countries put it together to have the world we have today."

Even President Trump has weighed in on the issue. He celebrated the efforts in a tweet Monday morning.

But critics call the moves "unconstitutional."

"State legislators should not be fooled that these bills are anything more than part of a scheme to impose Christian beliefs on public schoolchildren," Rachel Laser, CEO of Americans United for Separation of Church and States, said in a statement. 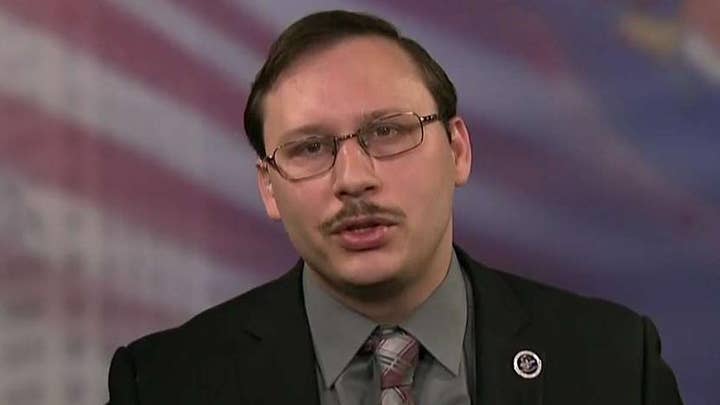 Kentucky Gov. Matt Bevin signed into law a bill that allowed public schools to add Bible literacy classes in 2017. But in 2018, all the state that proposed similar legislation -- Alabama, Iowa, and West Virginia -- came up short.

Legislators say they are not deterred.

The proposed bills are reportedly linked to an initiative called Project Blitz that is coordinated by a variety of conservative Christian groups, including the Congressional Prayer Caucus Foundation and the National Legal Foundation, USA Today reported. The bills also include several proposals to add "In God We Trust" posters in the classroom.

Opponents of the bills argue Trump and conservatives on the right are pandering to their base and not actually trying to pass legislation they expect to become law. They believe the state bill won't pass the legislation.