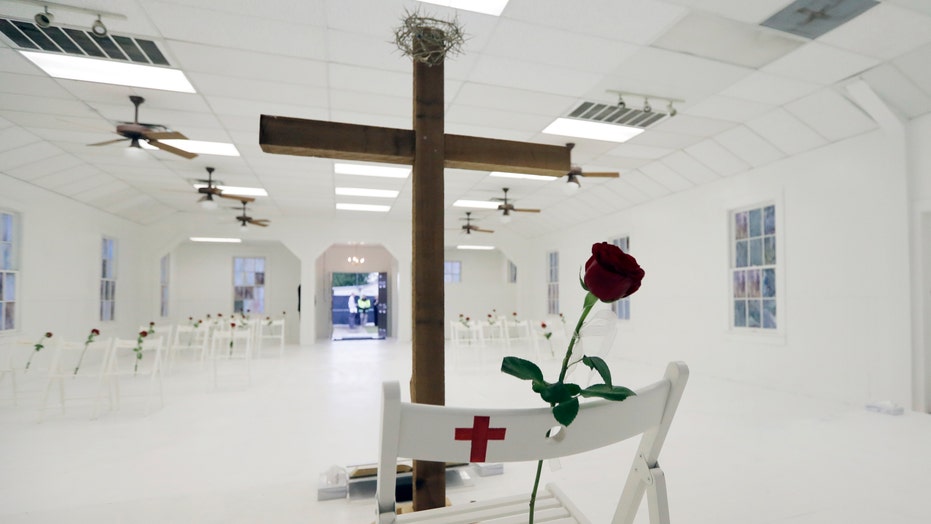 Mass shooting in El Paso, Texas being investigated as a case of domestic terrorism

Federal investigators have announced they will treat the shooting that killed 20 people and wounded 26 others as a case of domestic terrorism. Jacqui Heinrich reports.

As Americans reel from back-to-back massacres in Texas and Ohio, religious leaders who have experienced violence in their houses of worship are venting their anger at the persisting violence and trying to help their congregants persevere.

At the Tree of Life synagogue in Pittsburgh, where a gunman killed 11 worshippers during services last October, emotions ran high Sunday as trustees of one of the synagogue's three congregations held their monthly meeting just hours after the shootings in El Paso and Dayton that claimed more than 30 lives.

"Some people were very unnerved, crying and needing to be comforted," said Rabbi Jonathan Perlman of the New Light Congregation. He said the trustees discussed plans to donate funds to survivors of the new massacres.

"We really need to stop the madness," Perlman said. "We need to identify people who are extremists around this country and hold them under a microscope."

At First Baptist Church in Sutherland Springs, Texas, where more than two dozen people were killed by a gunman in 2017, Pastor Frank Pomeroy sought to boost his followers' resolve with upbeat remarks at Sunday's service. He urged them not to live "in a spirit of fear."

"Especially those of us who were here and know what happens in the midst of such a tragedy," said Pomeroy, whose daughter was among those killed. "We didn't politicize, we didn't say, 'Oh poor me.' ... The pain is always going to be a part of who we are, but we chose to look up and look out and look beyond ourselves."

FILE - In this Nov. 6, 2017, file photo Sherri Pomeroy, wife of Pastor Frank Pomeroy, who lost their daughter in a mass shooting at the First Baptist Church of Sutherland Springs, Texas, hugs Pastor Dimas Salaberrios before a news conference in Sutherland Springs. Pomeroy sought to boost his followers' resolve with upbeat remarks at Sunday's service. He urged them not to live "in a spirit of fear. (Mark Mulligan/Houston Chronicle via AP, File)

In Charleston, South Carolina, the Rev. Eric Manning said he did not evoke the new shootings during Sunday's service at Emanuel AME Church, where eight black parishioners and their pastor were killed in a racist shooting attack in 2015.

Manning told The Associated Press on Monday that he and the church would be responding forcefully this week, likely with calls for tighter gun control and restricting hate speech

"The country is always expressing thoughts and prayers. I believe it's time we allow our actions to match our words," Manning said. "After events such as this, we have a meaningful pause but then a few days later we go back to business as usual. We can't afford to keep doing that."

Manning referred to some of President Donald Trump's recent rhetoric on Twitter: telling four congresswomen of color — three of them born in the U.S., all of them American citizens — 7/8to "go back" where they came from and calling the majority-black city of Baltimore a "rodent-infested mess."

"If you use those type of words to demoralize fellow human beings, fellow Americans, some white supremacist will pick that up and allow that to fuel their fire," Manning said.

Manning spoke to the AP shortly before Trump, in remarks at the White House, declared "Hate has no place in America" and suggested that a bill to expand gun background checks could be combined with his effort to toughen the U.S. immigration system.

FILE - In this Nov. 12, 2017, file photo, a rose rests on a chair during a memorial for the victims of the shooting at Sutherland Springs First Baptist Church at the church in Sutherland Springs, Texas. At the church where more than two dozen people were killed by a gunman in 2017, Pastor Frank Pomeroy sought to boost his followers' resolve with upbeat remarks at Sunday's service. He urged them not to live "in a spirit of fear." (AP Photo/Eric Gay, File)

Manning is the replacement for the Rev. Clementa Pinckney, who was among those killed in the 2015 attack.

"Make sure you talk to your children or young people in general about these shootings," she tweeted on Sunday. "This morning I had separate conversations with my girls. Eliana the oldest said, 'This is crazy. It makes no sense.' Malana the youngest said, 'This makes me sad.'"

By coincidence, Monday was the 7th anniversary of a massacre at the Sikh Temple of Wisconsin, in the Milwaukee suburb of Oak Creek, where a white supremacist killed six parishioners on Aug. 5, 2012.

Pardeep Kaleka, whose father was among those killed, learned of the El Paso and Dayton shootings as he was participating in weekend events commemorating the 2012 attack.

Kaleka is now director of the Interfaith Conference of Greater Milwaukee; its participants include Buddhists, Christians, Hindus, Muslims, Jews and Sikhs, among other faiths.

"It's within all of our respective faiths to be optimistic in times of tragedy," Kaleka said. "At the end of the day we'll persevere, but it's hard to see that when these things are happening on such a frequent basis."

"Some others talk about mental health (as a cause of the mass shootings). Some talk about the hate coming out of the White House," Kaleka said. "I think there's room at the table for all those conversations."

The co-president of the New Light Congregation in Pittsburgh, Stephen Cohen, expressed frustration at the state of the U.S. gun control debate.

"We value the rights of gun owners over the rights of citizens to be safe and secure," he said. "As long as we keep electing folks who believe that, that's what we're going to get."

Cohen did voice hope that survivors of the El Paso and Dayton shootings would eventually benefit from psychological support services such as those provided to survivors of the synagogue massacre.

"Right now, everyone is feeling lost, in shock," he said. "But there comes a point in a month, two months, maybe even longer, where these types of services can help them come to terms with their ability to move forward."

Leaders of several of the targeted houses of worship have teamed up to share their experiences with others. In May, for example, public safety officials in Washington, D.C., hosted a discussion at the National Cathedral featuring Manning, Pomeroy and Alan Hausman, vice president of Tree of Life synagogue.

In June, the Tree of Life's rabbi, Jeffrey Myers, participated with Manning in a forum on race relations in Charleston. In a subsequent appearance on the "Today" show, Myers said his synagogue was compiling a guidebook to help communities cope with future mass shootings.

"We hope it gets dusty and never used," Myers said then. "But we all know too well this is going to happen again somewhere."